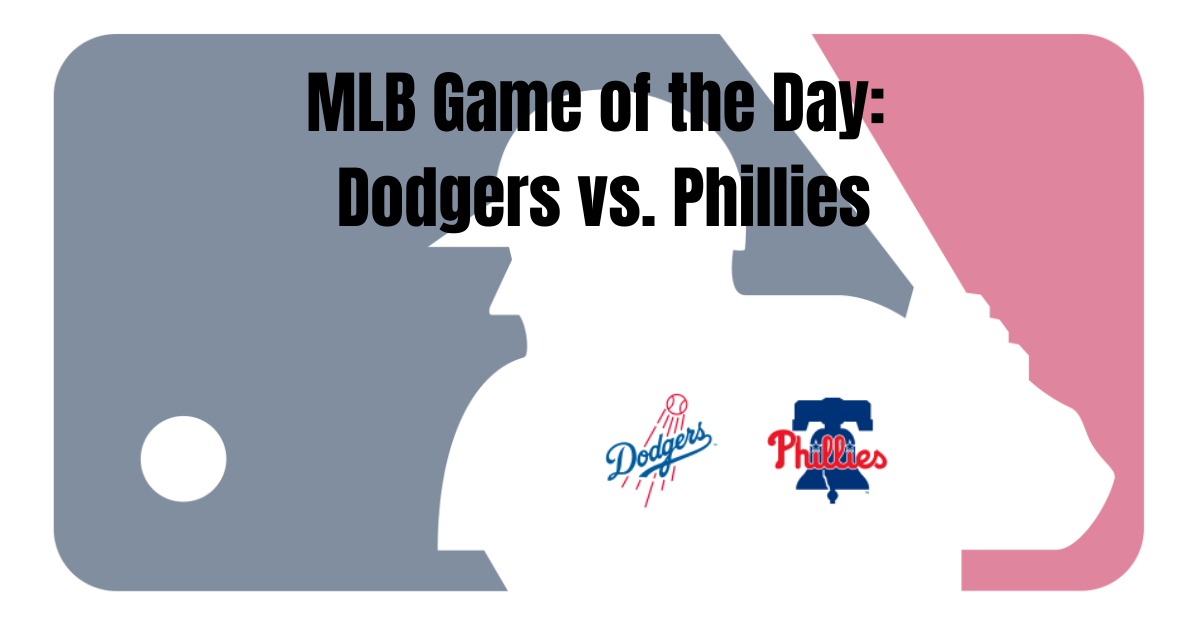 It’s time for the Phillies to prove that they’re ready to compete with the elites in the National League, as they put an eight-game winning streak up against the defending world champions. The Phillies have mainly been feasting off lesser opponents, having swept four from the Nationals and beaten the Pirates, but they did just take three from the Mets in a sweep that put them in first place in the NL East.

The Dodgers counter by bringing back an old friend, as former Nationals star Max Scherzer heads back east to try to keep up his winning ways against Philadelphia. Scherzer has already pitched in Citizens Bank Park twice this year and emerged with a pair of wins, earning a 2-1 and 3-2 decision over the Phillies.

I’m not betting against the Phillies right now, even with Scherzer on the mound. The Phillies are rolling with wins in eight straight, and the Dodgers just had to fly cross-country, losing three hours going east. Even with the off day, it’s not going to be easy for the Dodgers to adjust their body clocks in the opener when they’re facing a team that’s surging at the right time. Given that the Phils lost twice to Scherzer by a run, backing them on the runline makes a lot of sense.

I don’t trust this total at all given the Los Angeles bullpen and the Phillies’ ability to never wave the white flag. During their past seven games, the Phillies have come up with 14 runs in the eighth inning or later to either add insurance or turn a loss into a win. Granted, the Nationals’ bullpen is a wreck, but the Dodgers’ bullpen isn’t that much better. On July 20 and 21 against the Giants, the Dodgers surrendered seven runs in the ninth inning to turn two wins into losses. The Phils might not get four off Scherzer, but they should do it when he comes out of the game.

This is where Scherzer will be able to shine. He’s only given up three runs in his past 18 innings against the Phillies, and he knows Philadelphia well after pitching against them several times when he was with the Nationals. Plus, the Phillies really aren’t a great team in the first five innings. It usually takes a couple innings for the Phillies’ bats to wake up, and they do most of their damage in the later innings. As long as Aaron Nola doesn’t get blown up, this should stay under.