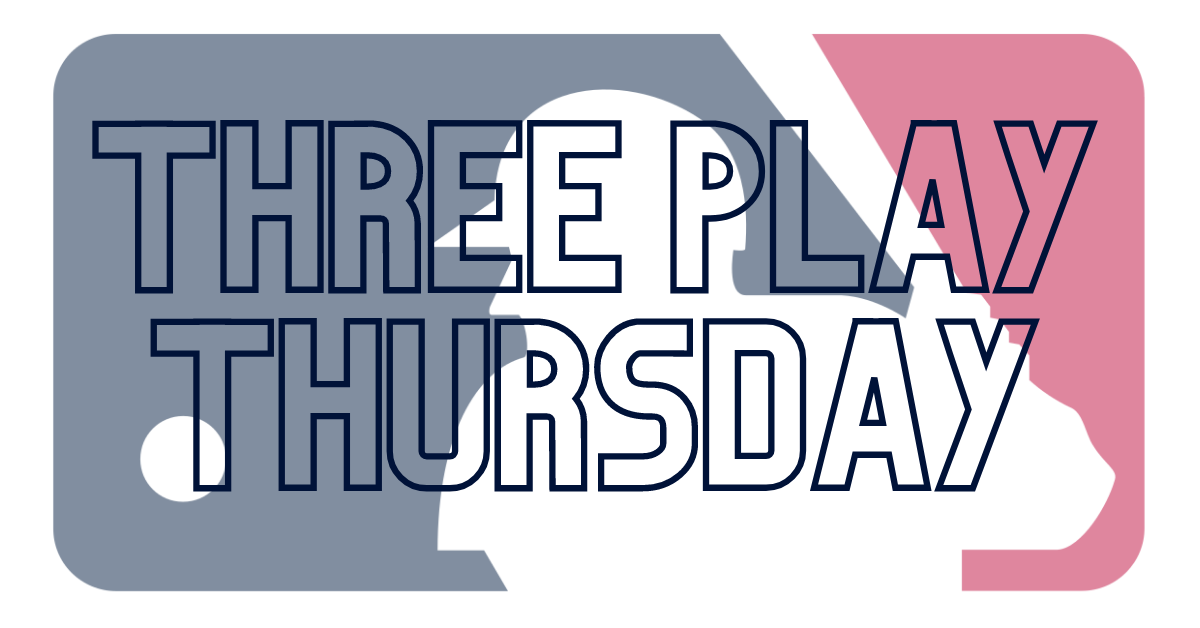 Hopefully, Thursday can be a replication of Monday and Wednesday, where we went a combined 9-2-1. Last week’s Three-Play Thursday saw a pair of winners on the conservative and MLB parlay, so we’ll see if we can keep the Thursday good times rolling. Here are my parlays for July 29.

Reason: Casey Mize has had a few struggles as of late, but look at who he’s been facing. The Royals are swinging hot bats right now, and the other teams who have touched him are the White Sox and the Mariners, both of whom are in playoff contention. The Orioles are nowhere near the postseason, and Mize should have an easier time with their lineup. The Padres shouldn’t have any problems at home with Colorado, who is just 11-38 outside of Denver. As for the Reds, I really just don’t want to mess with their bullpen. Cincinnati has led after five in all three games at Wrigley this week, and with Luis Castillo looking more like himself, I like the Redleggers to make it four-for-four.

Reason: Hyun-Jin Ryu is getting great run support as of late, and even though a pitcher has absolutely nothing to do with how many runs his team produces for him, he did come up big in his most recent start against the Red Sox, going seven innings and giving up no runs. David Price has seen his team drop three straight with him on the mound, and the Giants should be primed to bounce back after Walker Buehler embarrassed them on Wednesday. Finally, the Pirates are actually playing well with Chad Kuhl on the mound, but the Brewers have hit him well, notching eight earned runs in 8.1 innings against him. Milwaukee should be able to hit its number even if Pittsburgh keeps up its string of five wins in Kuhl’s past six starts.

Reason: Yes, I’m going back into the Olympics after having sworn it off. Belgium shouldn’t have too many problems with Puerto Rico, which found itself down 27 at halftime to China in its opener. The U.S. hasn’t looked great in the Gold Cup, but it has played excellent defense and should be able to control the match against Qatar. Finally, Canada is down multiple players and doesn’t really have an attacking threat that can help it answer against Mexico. El Tri should be able to earn another shutout here.