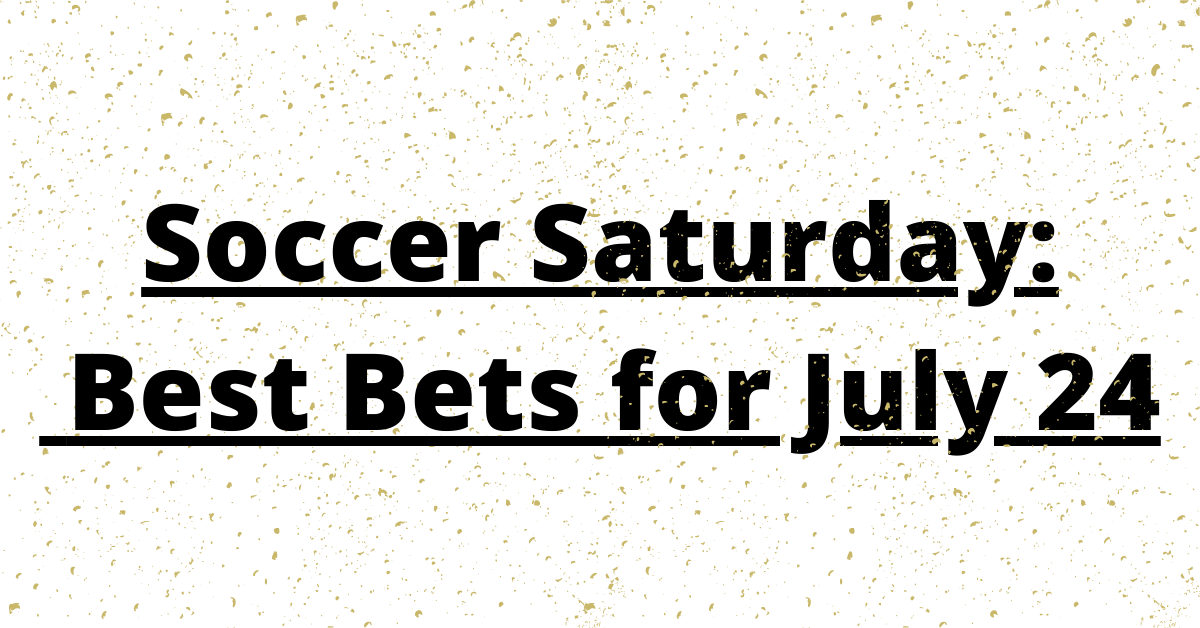 We’ve got MLS action and a few European leagues getting their seasons underway, so there’s plenty of bets available on the beautiful game today. Here are a few that I’m looking at playing for July 24.

Reason: For the first time in 40 years, the River Islanders won’t be playing in the top division of the Bundesliga, but this stay in the second tier should be a short one. Werder were dreadful at the end of last year, losing nine of their final 10 matches, but that was against Bundesliga competition. In the 2. Bundesliga, they should find things much easier, especially against Hannover 96, which won just two of its final 14 matches last season. Werder has won to nil in three of the past four meetings, and I’d play that at +250 if you want to be daring.

Reason: Nashville has lost just once all season and has shown outstanding form at home, scoring 12 goals in its past five matches at Nissan Stadium. But FC Cincinnati is a better side on the road than at home, and the Orange and Blue have found the net in six consecutive matches, including four straight away from home. If you want to play riskier, I like Nashville and both to score at +225.

Reason: Here’s why I’ll get risky here: First, Minnesota already played Portland last month in Oregon and emerged with a 1-0 victory. Second, the Loons have won four of their past five matches at home, and not one of them saw more than two goals scored. If you’ve done the math, you know that all five Minnesota wins this year have come via shutout, and although the Timbers have scored in three straight matches, this is their third match in seven days and they had to pull both of the first two out of the fire in the final 10 minutes. Expect a low-scoring affair here.

Reason: Dallas comes in on a three-match skid, but all three losses took place on the road while their stadium was being used for Gold Cup. They’re home now, and they haven’t lost at home all season. However, the Toros also usually don’t win at home, having drawn five of their seven home matches in 2021. All but one of those saw both teams find the net, and with the Galaxy scoring in four straight road matches, this offers solid value.