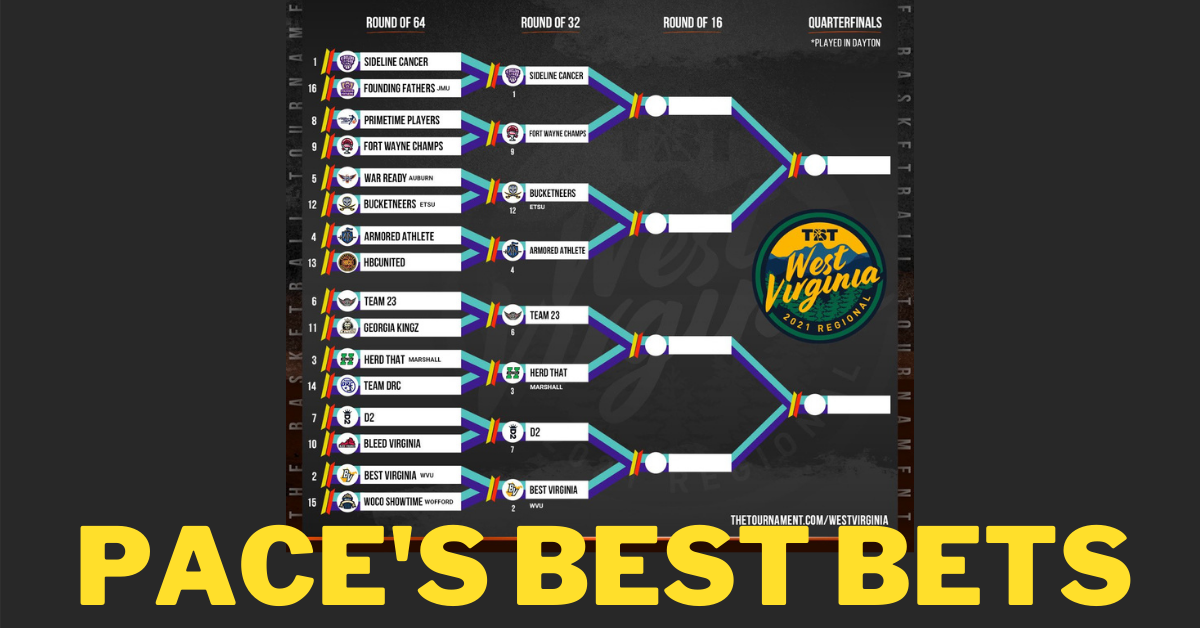 This past weekend myself and a few of my closest gents went to Grand Falls Casino & Golf Resort in Larchwood, Iowa. Who would’ve thought such a beautiful place could be set up in the middle of a bunch of corn fields? No offense, Deej and Kyle. One of the only knocks on the sportsbook was that they had no TBT lines but back in my home state I’m ready to make some plays on all four games today. Here are my favorite bets.

Marcus Keene wasn’t even supposed to play in this year’s tournament. At least that’s what the league kept saying but the league was wrong as Keene finished with 17 points, six assists and two rebounds in Sideline Cancer’s first-round win. On the flip side, the Fort Wayne Champs shot 25 percent from beyond the arc in Game 1 against PrimeTime Players. Yes, they did only take 12 shots but they most certainly have to shoot better today, correct? Three guys scored in double-figures for the Champs but Sideline Cancer was in the title game last year, so they know what it takes to win in this tournament. I like Fort Wayne to keep this within the number, however. The Pick: Fort Wayne +7.5.

Team 23 may be the deepest team in the tournament as 13 players played in Round 1. Five guys scored in double-figures as they got the 91-64 win over Georgia Kingz. Team 23 is also +110 on the money line but Jacorey Williams and the Herd That crew will have something to say about that. Both these teams combined for 92 points in the paint in Round 1 and Team 23 finished with 11 steals in their victory but I’m leaning the favorite in this contest. The Pick: Herd That -2.5.

Best Virginia was very close to not making it to the Second Round and oh how sad that would’ve been considering they are the co-host for this region’s bracket. They did get away with a 70-67 victory but their nine-point halftime lead didn’t mean much. D2 beat Bleed Virginia, 68-56 thanks to 18 points from Shaun Willett. Todd Withers tossed in 16 points and nine rebounds as D2 will have to battle today to advance. A lot of people are on Best Virginia today as they are hoping for a bounce back. Nothing against Bruss’s squad I just think 6.5 points is too many. Best Virginia wins the game but D2 gets the cover. The Pick: D2 +6.5.