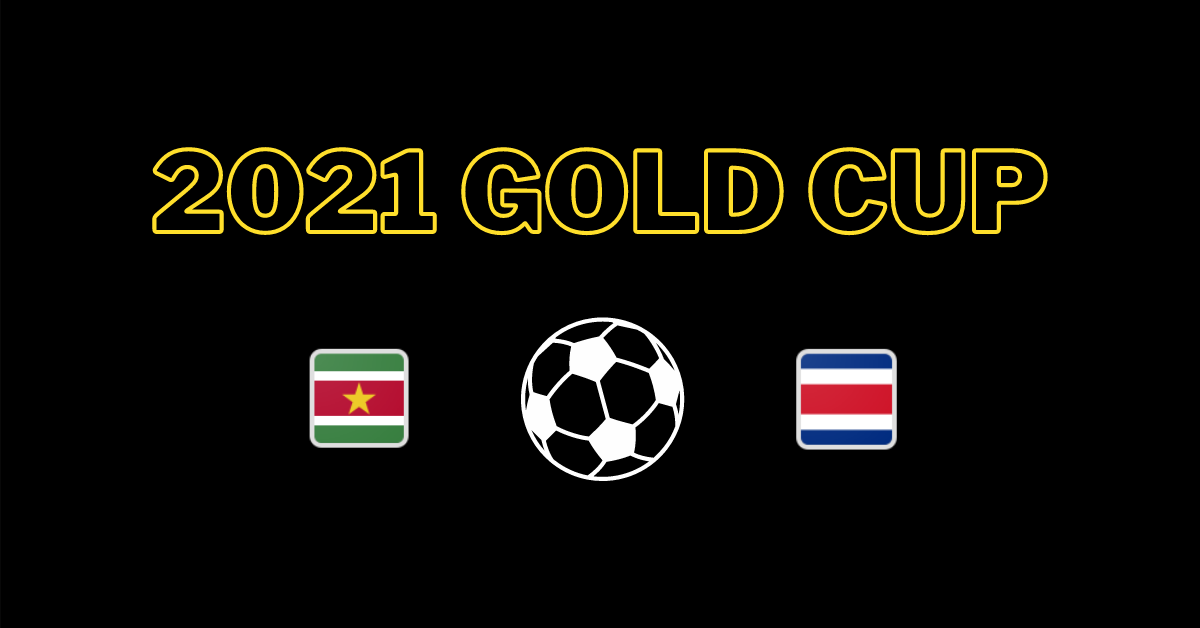 Two teams that feel like they left something on the table in their first match meet in the second group stage match of Group C. Suriname played its first Gold Cup match ever and swarmed around the Jamaican net with 10 shots, but could never find a marker and ended up shut out for the second consecutive match. Costa Rica should have put a big number up against Guadaloupe after a red card game them a man advantage for the final 35 minutes, but the Ticos could only manage one more goal in a pedestrian 3-1 win. They should have enough to get by Suriname, but if they can’t improve their play at both ends of the pitch, their stay in this tournament won’t last beyond the quarterfinals.

MATCH BET: COSTA RICA AND BOTH TEAMS TO SCORE, +200

Reason: Even after going up a man, Costa Rica didn’t look comfortable on defense. Guadaloupe pushed into the back line several times, and if it had better finishers, it probably would have found another goal. Suriname knows it isn’t likely to qualify for the knockout stages, but this tournament would be a success for the Natio if they can beat Guadaloupe in the final match and find a goal against Costa Rica. I think they can get a marker against a side that has conceded in six of their past eight matches.

Reason: Suriname’s defense is a little better than Guadaloupe, and Costa Rica still doesn’t look all that confident. As such, I think the Ticos do enough to win, but don’t end up looking convincing in victory. This looks like a match where Costa Rica is able to get ahead early and control the flow, but Suriname manages to pull one back late to make things a little nervous before the final whistle.

Reason: This bet cashed nicely on the United States on Thursday, who have proven they aren’t time wasters. Neither are the Ticos, who have either scored or conceded within eight minutes in each of their past three matches. Suriname didn’t waste any time in going down a goal in its first match either, conceding to Jamaica in the sixth minute of Monday’s match. Both sides should come out ready to attack, so an early marker seems like a distinct possibility.