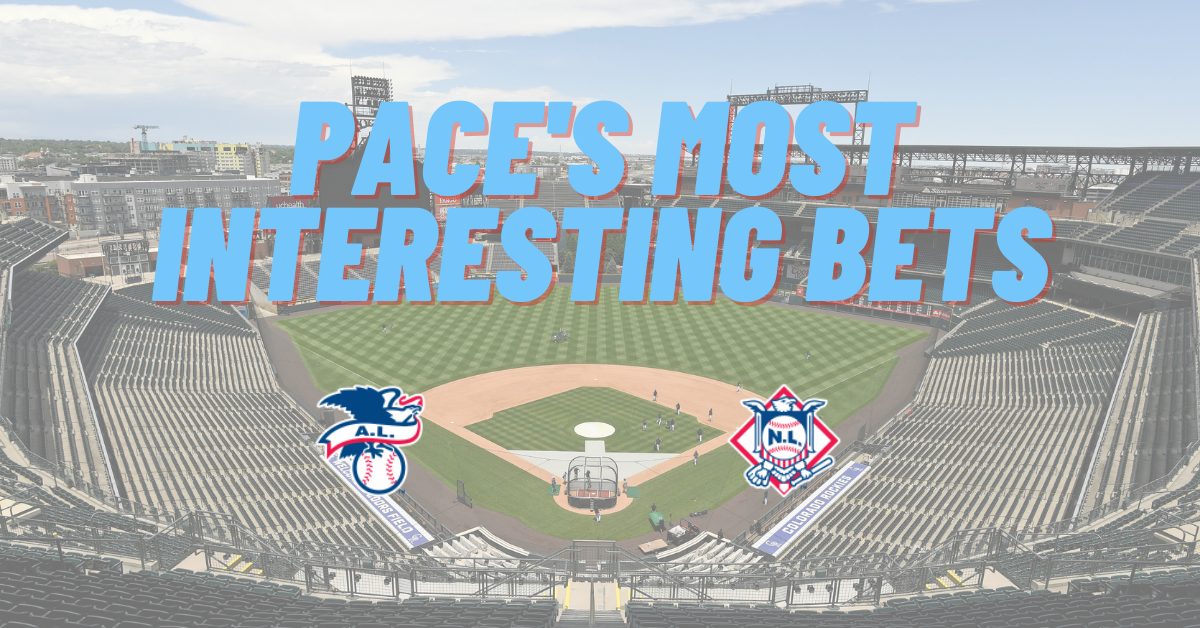 There wasn’t a ton to bet on yesterday if you’re a “Major 4” bettor but there was actually quite a bit to bet on if you like to get in the weeds like myself. June hasn’t been kind to me but after yesterday’s two wins I’m on a hot streak. Thanks to Yuichi Sugita for the nice win and I just knew someone was going to hit a home run over 519.5 feet in last night’s Home Run Derby. Juan Soto hit a 520-foot blast to cash that bet. A win is a win is a win.

Today is another day without an NBA Finals game and of course the MLB and WNBA are both on break. So, there isn’t a ton to bet on, again, if you’re a “Major 4” bettor. However, the MLB All-Star game is tonight and I have a few wild plays for tonight’s contest that starts at 6:30 pm (CT). Here are my most interesting bets for tonight’s showdown.

In the past seven All-Star games there’s been on average seven total runs per game and in the past 12 All-Star games this bet has only hit twice. In 2018, both teams combined for 14 runs, 20 hits and one error but go back to 2008 and there were just seven runs scored but 27 hits and five errors. The last time the All-Star game was played at Coors Field was in 1998 when the AL defeated the NL 13-8. There was 31 hits and three errors, so the over for this bet was smashed. I don’t see many errors tonight, so I’m pretty much betting that this is going to be a low scoring contest. I know this is a hitters ball park but I’m a pitchers and defense kind of guy and tonight I have a feeling that the total amount of hits, runs and errors is going to go under the total of 29.5. This might be a trap but I’m willing to jump right in because in the past the pitching is usually ahead of the batters in All-Star games.

I should’ve changed the title of this blog to something like, “Pace’s Dumbest, Least Likely to Hit Bets.” Since 2013, all of the games have finished with a margin of victory of three or fewer runs. But Since 2014, the AL has won five of six games by two runs or fewer. So, I’m putting all my faith in the AL winning tonight and if they do I think it’ll be in a close contest.