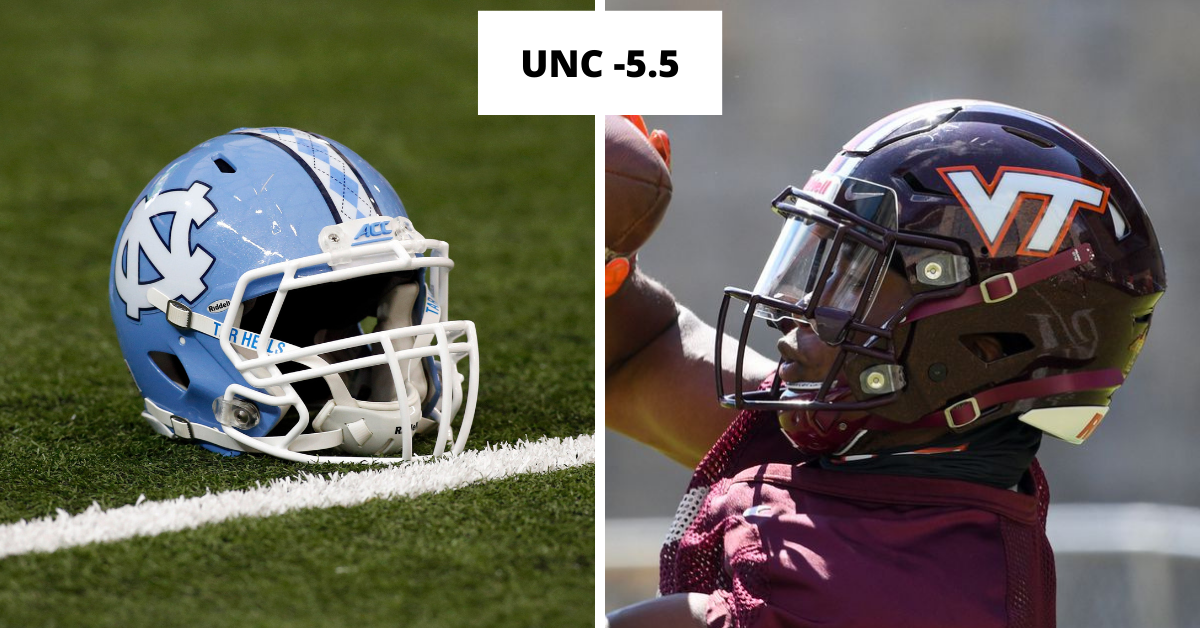 Why UNC can cover: Because Sam Howell is a potential Heisman winner and he’s going to be asked to do even more this season than he did last year. Don’t get it twisted, offensively the Tar Heels lost a ton from a year ago. Running backs Javonte Williams and Michael Carter along with wideouts Dyami Brown and Dazz Newsome are all playing in the NFL now. Howell will have a fair amount of new/inexperienced playmakers but the Tar Heels’ offensive line is going to be the x-factor this upcoming season. If the offensive line performs well, UNC will most likely have a good shot at covering the spread not only against VT but against the rest of its opponents.

Why VaTech can cover: Like I mentioned above, I don’t think people understand how much UNC lost offensively. The Hokies did lose five defensive starters but return stud defensive end Amare Barno and established playmakers in linebacker Dax Hollifield, defensive end Emmanuel Belmar and defensive back Chamarri Connor. VT also added defensive tackle Jordan Williams (Clemson) and safety Tae Daley (Vanderbilt). Defensive coordinator Justin Hamilton takes over for longtime DC Bud Foster and will have a solid defense to play with this season. Hamilton and company do need to work on stopping teams from converting on third down (teams converted over 40 percent of the time last season) but VT’s defense has the ability to slow Howell and his crew down come September 3.

Who will cover? Defensively, the Hokies will be improved from a season ago where they allowed 447.5 total yards per game. On the flip side, Howell is one of the best QB’s in the nation. The Tar Heels do return 17 total starters that includes more than half of their defensive lineup. While one of the major weaknesses for the Hokies will be their offensive line, I could see UNC get pressure early with emerging star linebacker Eugene Asante and the Fox brothers, and rattle VT junior quarterback Braxton Burmeister. It may take a game or two for Howell to gel with his new pass catchers but UNC is by far the more talented team here and I like them to cover -5.5 on the road.