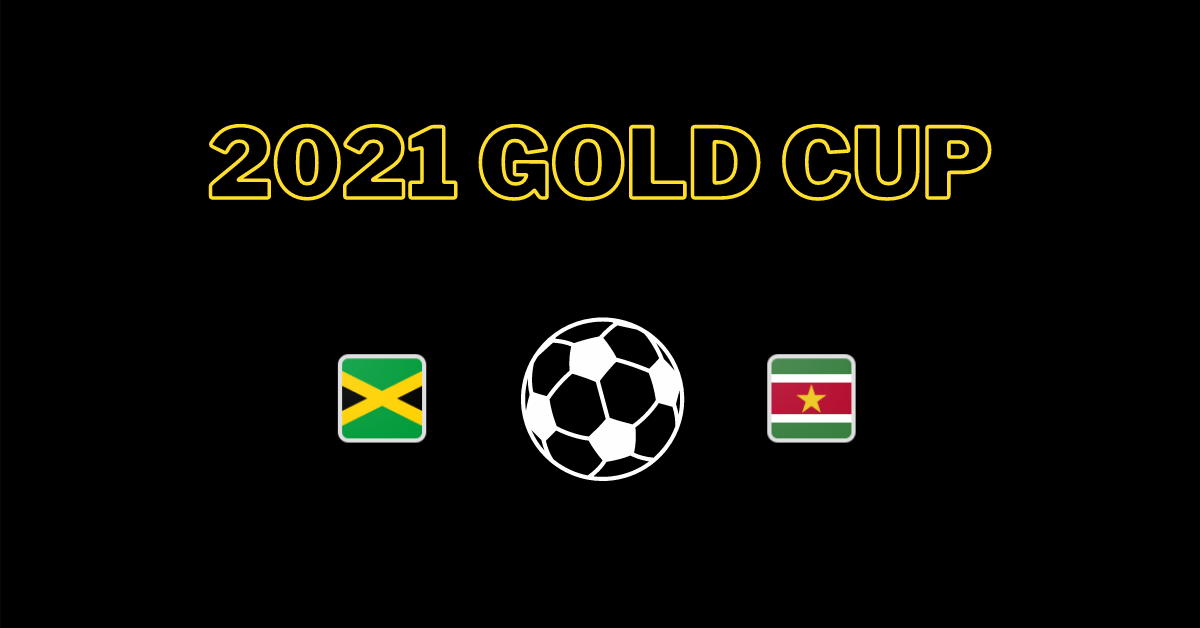 With the Euros and Copa America over and baseball and the WNBA on their All-Star breaks, the Gold Cup is the only game in town for Monday sports betting. Suriname has never won a match in the Gold Cup and will take part for the first time since 1985 after winning four of its six qualification matches to top their group in CONCACAF Nations League.

But the Natio might find the difficulty spike a little tough to handle, as they’ll open with a Jamaica side that reached the Gold Cup final in 2015 and 2017 and would love to break through and finally lift the trophy. No Caribbean side has won CONCACAF’s championship since Haiti in 1973, and a win here would be huge for Jamaica’s hopes. Group C’s two survivors will face teams from Group B, and the Reggae Boyz would much rather win Group C and take their chances with Canada or Haiti than come second and have to beat the United States in the quarters.

MATCH BET: JAMAICA TO WIN AND BOTH TEAMS TO SCORE, +275

Reason: Both teams have scored in Jamaica’s past three matches with their full team in place, and Suriname showed it can attack during qualifying. The Natio have completely transformed their team thanks to a law change that allows dual nationality in Suriname, and the majority of their players now compete in European leagues, giving them valuable experience against tough competition. However, Suriname is coming off a 4-0 loss to Canada last month, and beating Jamaica might be a mountain too high for them in their Gold Cup opener.

Reason: Jamaica should have enough to see this match out, but it likely won’t be easy. The Reggae Boyz were expected to concede against the likes of Serbia and the United States, but there is no reason that they should have given up a goal to Guyana, another Caribbean minnow. Suriname should find opportunities against this defense, and Nigel Hasselbaink is coming off two hat tricks in his past three matches. Suriname should be able to convert once, and Hasselbaink could be a sneaky play to score anytime at +450.

SIDE BET: JAMAICA TO SCORE IN BOTH HALVES, +150

Reason: When Jamaica finds multiple goals, which it should in this match, it likes to spread out its scoring. The Reggae Boyz scored two or more goals in five out of six, and all five saw them put home a goal in both halves. Suriname’s attack is stronger than its defense, so I don’t expect this to be a tight, defensive match. I think this match flows, and that gives Jamaica an excellent shot to score in both halves.