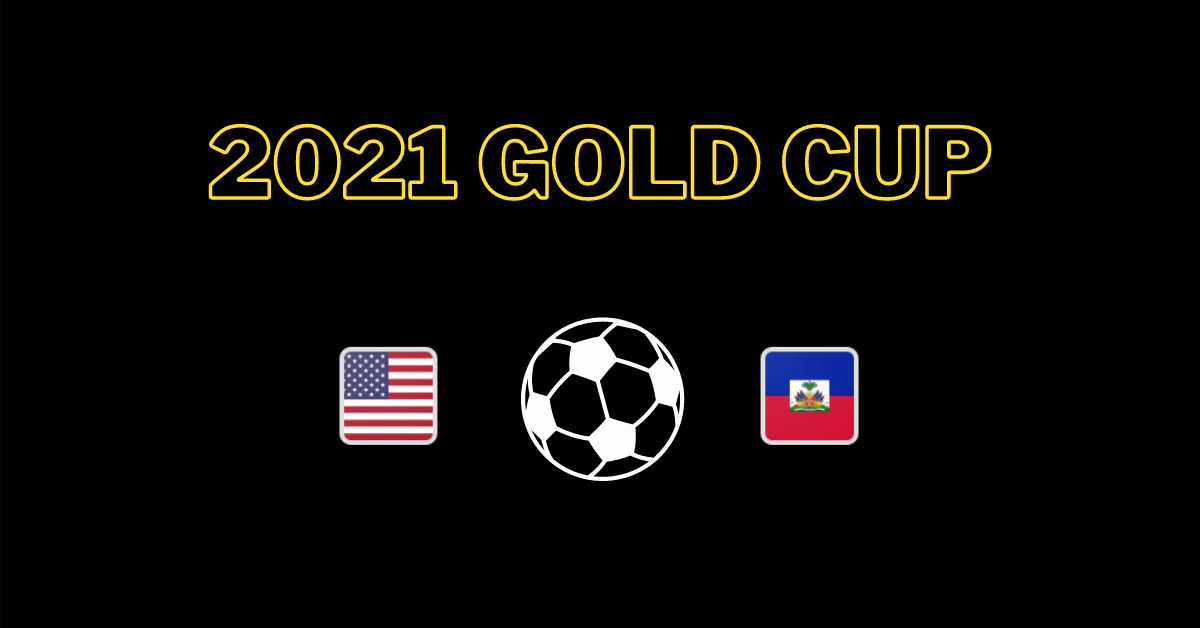 Haiti might have made a run to the semifinals of Gold Cup two years ago, but don’t expect a repeat of that for Les Grenadiers. This time, Haiti just barely squeezed into the field and faces a tough group of both the United States and Canada, with its main goal being to hold the score down against the Americans and keep hope alive in Group B. On paper, the Yanks have cooperated with that, as Gregg Berhalter has opted to field a reserve squad in this tournament in hopes of getting more players vital experience before World Cup qualifiers begin. But the U.S. showed it was deep enough to rout Costa Rica with a reserve squad, and the Americans have won five of their past seven matches against CONCACAF opposition by at least two goals.

Reason: Haiti will do everything in its power to try to keep the score down, and that means they’re likely going to play a defensive match. A 1-0 loss for Haiti wouldn’t be the worst thing in the world, because that would keep Les Grenadiers’ goal differential reasonable and allow them to make it up against Canada and Martinique. The last thing Haiti wants is to suffer a 3-0 defeat that makes it impossible to get back in the group, so there’s little to fear from a Haitian attack. The U.S. has won four of its past six CONCACAF matches to nil, and if Haiti plays defensive, it shouldn’t be a problem making it five out of seven.

Reason: The U.S. should be able to be patient and wait for its moment, so I’m not expecting a high-scoring contest here. Unlike Canada, the U.S. doesn’t need to put up a huge number in this match, because it’s the strongest team in the group and shouldn’t have to worry about a loss on home soil. Two goals feels right for the opening match.

SIDE BET: UNITED STATES TO LEAD AT HALFTIME, -140

Reason: The U.S. doesn’t like to wait around for goals. In their past nine matches, the only one where the Yanks didn’t have a goal by halftime was in the Nations League semifinals, when they squeezed out a 1-0 win over Honduras. Most times, the U.S. has a goal within 35 minutes and often sooner than that, and I think the Yanks will be pumped to begin this tournament with some excitement.