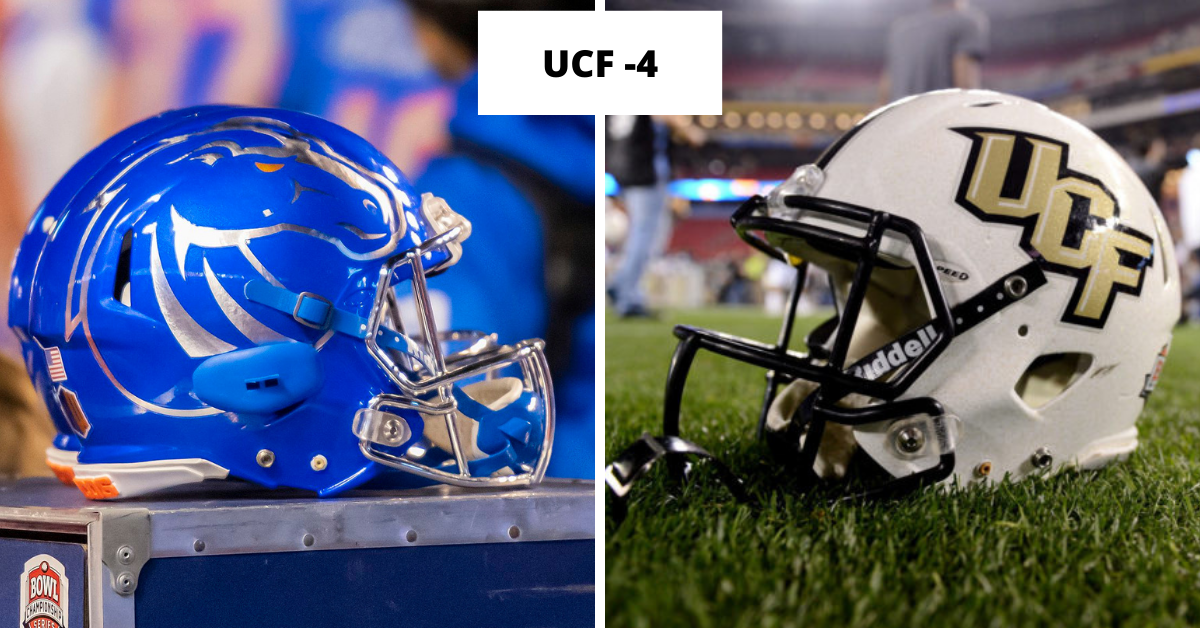 The matchup between Boise State and UCF features to first-year head coaches. While Gus Malzahn is a veteran head coach, this will be his first season with UCF. On the other side, Andy Avalos takes over for Bryan Harsin, who is now at Auburn.

Why Boise State can cover: Because they have the offensive fire power to keep up with UCF. Boise State averaged 33.9 points per game (27th) last season. Hank Bachmeier (QB) is back. George Holani will be out for blood after a knee injury sidelined him for almost half the year and the Broncos added another stud running back in senior Cyrus Habibi-Likio (transfer from Oregon). He rushed for 21 TD’s in three seasons with the Ducks. On the outside, Bachmeier has weapons in standout WR Kahlil Shakir and CT Thomas. Shakir and Thomas have combined for 23 TD’s.

Why UCF can cover: Because Malzahn inherits one of the most explosive offenses in college football and certainly in the AAC. The Knights finished second in total yards last season (568.1), fourth in passing yards per game (357.4) and eighth in points per game (42.2). Dillion Gabriel loves to sling it around the field and while he won’t have star wide out in Marlon Williams back, UCF brings back All-AAC first team selection Jaylon Robinson, who finished with just under 1,000 receiving yards last season. The running back core may be a weakness but UCF brings back an offensive line that features five players that started more than half of the Knights’ 10 games.

Who will cover? We might see 100 points scored in this game. But who is going to get the last laugh? The Broncos need to create turnovers defensively to get the cover. They’ll have chances to do so with Gabriel throwing it around. But I think I give the nod to Boise State’s defense over UCF’s. The Knights finished 123rd last season in total defense (491.8) and 92nd in scoring (33.2 ppg allowed). UCF lost its leading tackler and All-AAC selection Richie Grant, second-team All-AAC player in Aaron Robinson and their top two edge rushers in Greg McRae and Otis Anderson. Those are some big shoes to fill. Can I take the over? I don’t even care if it’s set at 75. Give it to me. But I’m going to go against my gut here and take UCF. Malzahn is a proven head coach, while Avalos has to take his squad across the country in his first-ever game as a head coach. Now Avalos played linebacker for Boise State from 2001-2004 but being a head coach is a little different than tackling people. In a high scoring affair, I like UCF -4.