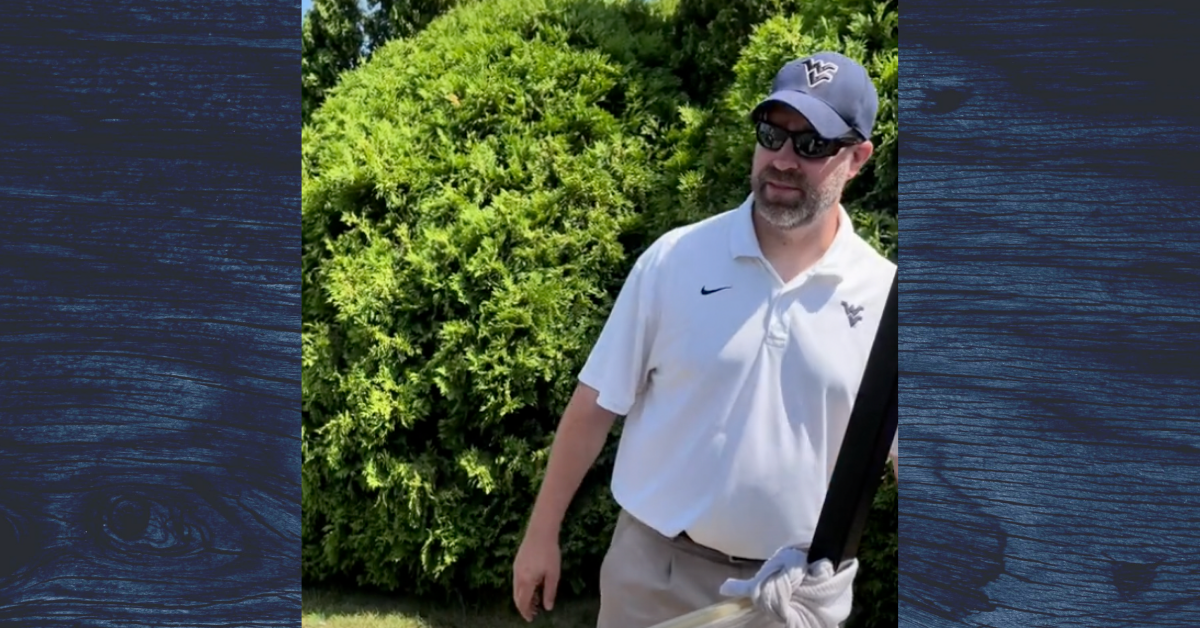 There’s a video floating around TikTok that shows two gentlemen arguing on a golf course. Now the guy on the left (sunglasses, no hat) is being accused of cheating on the last hole by the guy on the right (WVU fan). Some people are saying that the guy in the West Virginia hat and polo is Bruss. I can neither confirm of deny these accusations but I could definitely see Bruss accuse one of the Kota cappers of cheating to make him feel better about his shitty play on the golf course. I also want the people to know that I didn’t like typing that sentence because I’m a Bruss guy.

Highlights from the video:

“Have another drunker.” – no hat guy

“Just because you’re playing piss poor, don’t take your anger out on me.” – no hat guy

“You’re beating me right now but what we’re just starting the back nine.” – no hat guy

“It’s getting turned up right now.” – No hat guy

“Get your balls on my tee and I’ll give them a whack.” – No hat guy