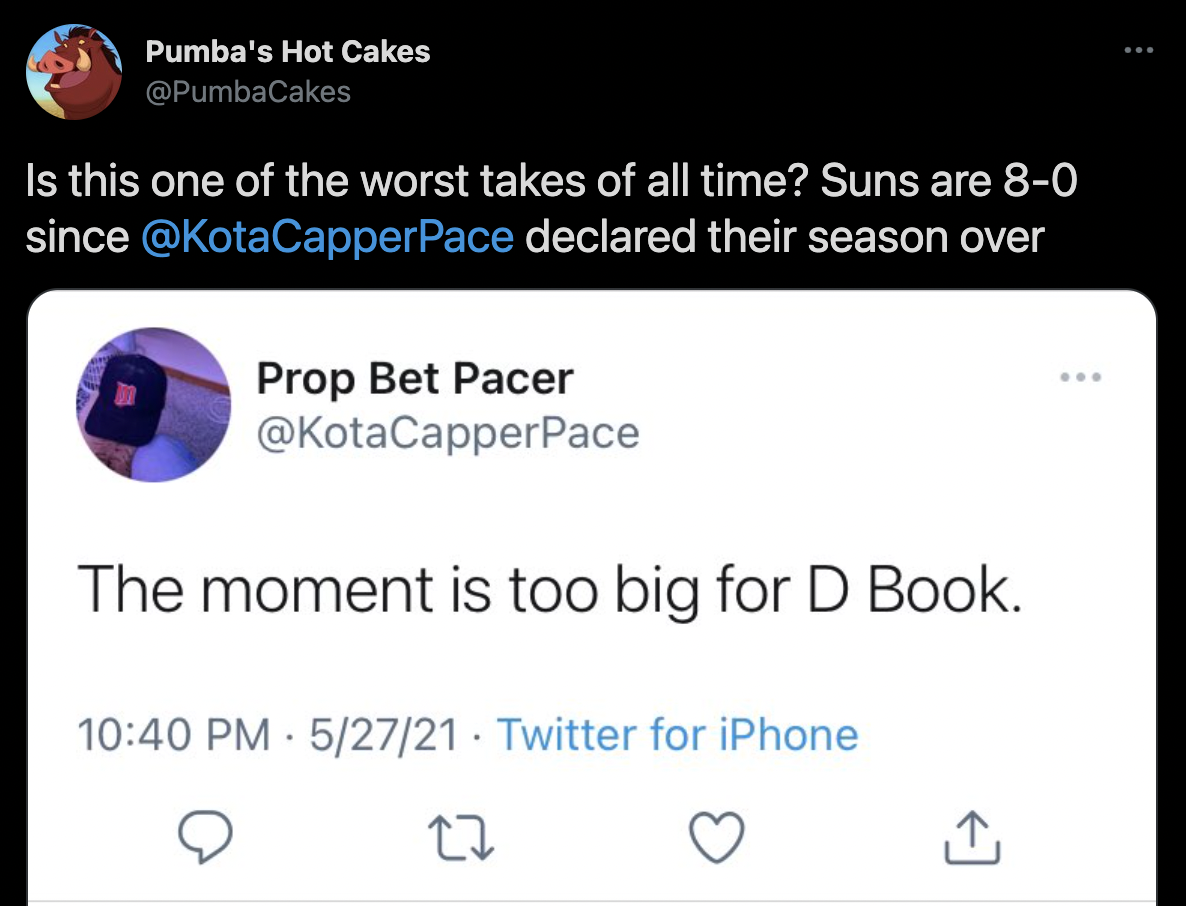 So, back on June 20, I declared that Phoenix was dead. The Suns had just lost Game 3 to the Lakers, 109-95 and I thought it was over for Devin Booker, Ayyyejae and company. Booker had a plus/minus of -7 in Game 3 and finished 6-of-19 from the floor, 1-of-4 from deep, tied for a team-high four turnovers and fouled out with 19 points.

But man, I was wrong.

Is this one of the worst takes of all time? Suns are 8-0 since @KotaCapperPace declared their season over pic.twitter.com/ZoQRjv11WD

Since the tweet, Phoenix has rattled off eight straight wins, which included a 4-0 sweep of the Denver Nuggets and Booker just recorded his first-ever triple-double on Sunday in the Suns’ 120-114 Game 1 Western Conference Finals win over the Clippers.

Now you can look at this one of two ways. Am I the reason the Suns are dominating the NBA playoffs after going down 2-1 to the Lakers or was that in fact the worst sports take of all time? Either way, my Hawks vs. Suns NBA Finals prediction is alive. Unfortunately, since Pumba doesn’t listen to any of the network’s podcast’s, he won’t be tweeting about that great predication any time soon.