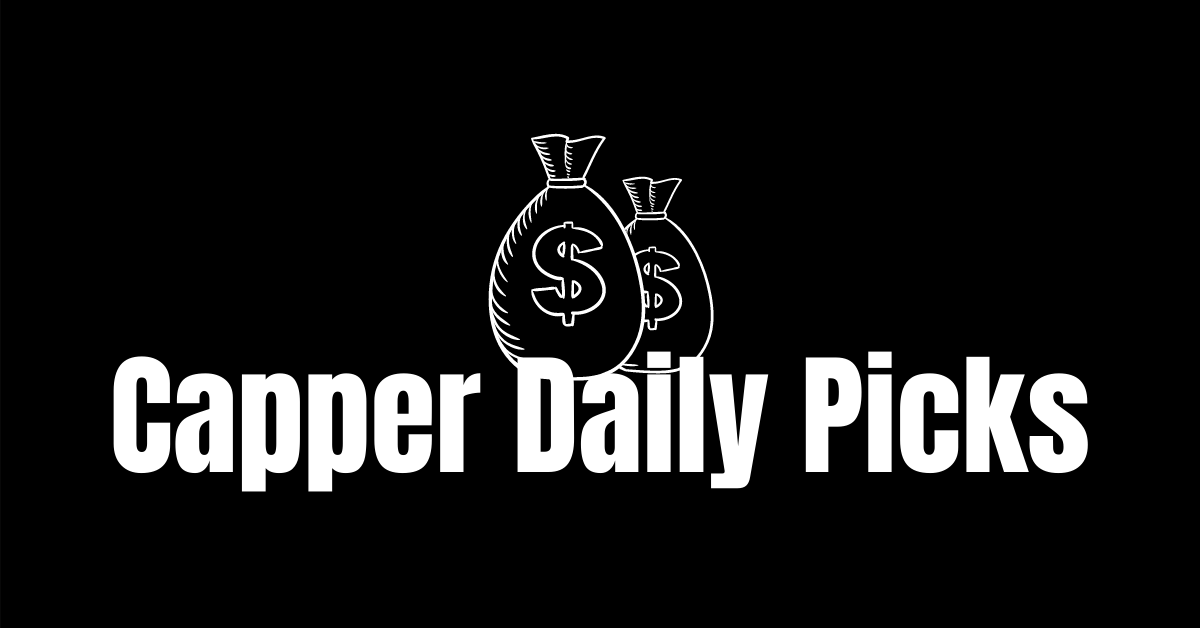 Today’s a new day. I am well aware that my all-underdog card was a near bust. It wasn’t a complete bust though, as the Twins scored 4 runs in the 9th inning off of Aroldis Chapman to come back and win 7-5. The NBA slate did not go as planned, as both of the favorites did go on to win yesterday. That is the life of a gambler my friend. We live, we learn and we move on. I have a six-game card for the day, including my mortal lock for the week. For those of you that don’t know, DJ and I once a week on the Gambling Feud Twitter page post what is called a mortal lock. All of our games except for the mortal lock are worth one win/loss, but the mortal lock is worth 5 wins / losses. This lock is a game that we absolutely love and is almost certain to hit. Let’s dive right in to my card for the day!

This series has been incredibly interesting thus far. The Hawks beat the 76ers in game one by 4, and the 76ers in game 2 by 16. There has been a X factor for both of those games: Joel Embiid. He got injured in Game 1 and the 76ers lost. He came back in Game 2, scored 40 points, and won. Having him in the lineup is absolutely crucial for the 76ers success. Mind you this game being in Atlanta is having bettors lean Atlanta, but I don’t know if that Atlanta crowd will be able to contain this 76ers team that had 3 players score over 20 points in Game 2 (this did not include Ben Simmons who only shot 3 times that entire game). When the 76ers lineup is fairly healthy (Embiid is Day-to-Day, but likely to play), they are tough to beat. A one point spread is a good bet for value for any bettor and should be the move for this game.

The Suns have been a defensive lockdown this postseason. They have held their opponents to under 110 points this entire playoffs. However, the Nuggets at home hit the over a lot. On the year, the Nuggets are 25-14 at hitting the over, while the Suns are 22-17 at hitting the over on the road. I see this game being very close and very high scoring. That Denver crowd will absolutely make an impact and will keep this Nuggets team energized throughout the entire length of the game. I see both of these team scoring 115+ this game, so I think the over of 223 is a good move for this game.

We have two pitchers this game who have had solid seasons for their teams and have attributed to a lot of their teams successes. On the mound for the Giants is Anthony Desclafani who is 5-2 on the year, has a 3.51 ERA, and has thrown 58 strikeouts in 66.2 innings. He is a name that not many have heard of, but has been a large contributor to the Giants having the best record in the MLB. For the Nationals, the man that every MLB fan and even non-MLB fans will know is on the mound tonight: Max Scherzer. Scherzer has a 5-4 record on the year, with a 2.22 ERA, and 104 strikeouts (5th most in the MLB) in 77 innings pitched. These two pitchers are both going to come out firing on all cylinders, and I don’t think a run will score until later on in the game. This makes a NRFI bet an easy move here.

The Rockies are one of the worst teams in the MLB this year, and they haven’t had many bright spots all year. The Reds are also a team that is below .500, but has had a couple of bright spots on the year. For their batting, Nick Castellanos is leading the MLB in batting average with a .357, 3rd in the MLB in OPS with a 1.038, and is in the top 40 for HRs (12, T-28th) and RBIs (33, T-40th). They also have had a great season thus far from pitcher Tyler Mahle. Mahle has a 5-2 record, a 3.32 ERA, and 72 strikeouts in 62 1/3 innings pitched. Mahle is on the mound tonight for the Reds, which would make me favor the Reds here. The reason I would consider taking them run line, besides the little juice that would need to be drank, would be who the Rockies have on the mound: Kyle Freeland. Freeland is struggling this year with a 0-1 record, a 6.23 ERA, and 7 strikeouts in 13 innings pitched. I think the Reds lineup are going to light it up for several runs tonight, and having them at -1.5 with a -105 payout is a great move.

This pick is influenced by one person in particular: Shohei Ohtani. When Ohtani is on the mound, I always will want to bet on the Angels because the team bats a lot better with when he is on the mound, and will win the games more often than not as well. Ohtani has had a solid season thus far with a 2-1 record and 2.76 ERA. The Angels have had struggles this year, especially with the injury of Mike Trout that is keeping him out until after the all-star break, but Ohtani has given this franchise reason to wake up in the morning and compete. On the flip side, Arizona has been in the bottom half of the league in nearly every batting category. I think they will struggle against Ohtani tonight, and the Angels will pull-off a much needed win.

This line was incredibly surprising for me. The Phoenix Mercury have had a good season thus far, and are led by 2 of the stars of the WNBA: Brittney Griner and Diana Taurasi. The two have had been key to the Mercury success this year with Griner averaging 18.1 ppg, 10.3 reb, 2.6 blocks and Taurasi has been averaging 15.8 ppg and 35% from 3. Those two have been big to their success and are names that several will have heard of, but those two are not even the best player in the team this year. That designation goes to Skylar Diggins-Smith, who has averaged 19.7 ppg and 5.2 asts. This Mercury team could go incredibly far in the WNBA playoffs when that time comes around. The Dallas Wings on the other hand have struggled this year, with a below .500 record. Although the team posts some talent, they have struggled to find the wins all year. After beating the Mercury by 4 in Phoenix a couple of nights ago, I think the Mercury are going to find their stride today. Expect Diggins-Smith, Griner, and Taurasi to have big games tonight and win the game by 5+ points.

Although there isn’t any NHL games on tonight or tomorrow, there is a lot to bet on this weekend. There will be NBA games going all weekend, MLB games as well, and a BIG UFC card happening on Saturday. This is an exciting time for sports gamblers to place some bets and make some checks! Let’s have a day!