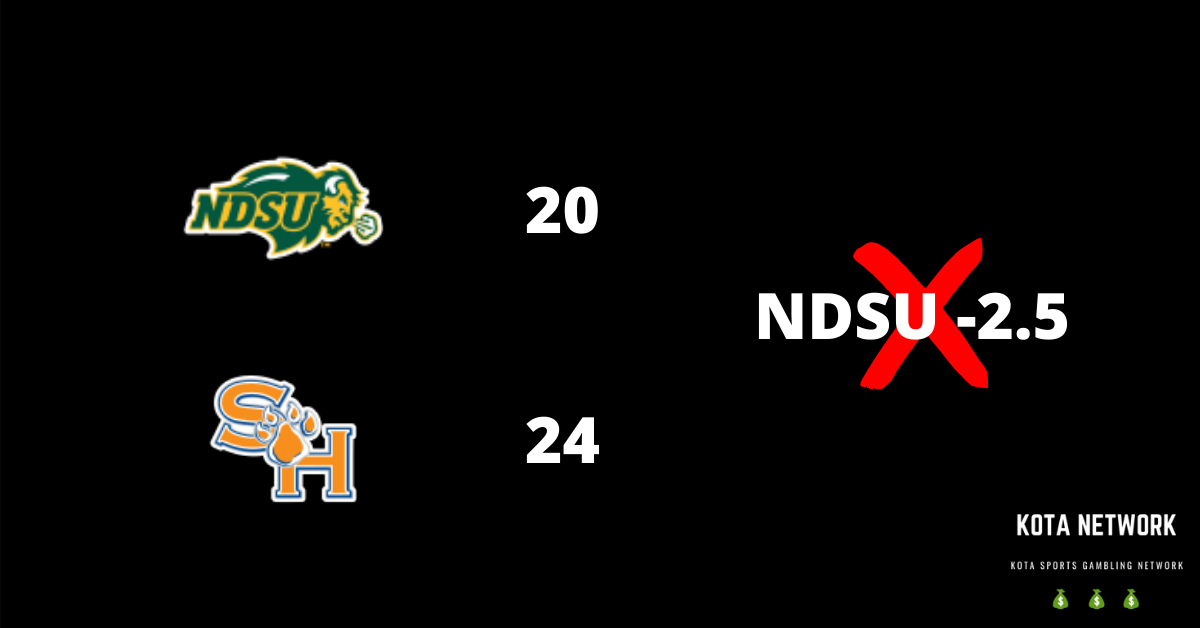 Us North Dakota State fans aren’t used to losing. Hell, the FCS world isn’t used to the Bison not being in the semifinals. But today, Sam Houston State outlasted NDSU, 24-20 as 2.5-point underdogs in a Sunday quarterfinal game.

When were you most confident in your bet?

I had NDSU -2.5 and money line. I’d be lying if I said I wasn’t very worried out of the gates but when Christian Watson returned a kickoff 94-yards to the house with 8:27 to go in the third quarter and then not two-minutes later Braylon Henderson returned a punt 76-yards to the end zone, I was pretty damn confident in the Bison not only winning but covering that 2.5.

When were you least confident in your bet?

If I’m being honest, I wasn’t confident when I placed my bet on the Bison. They started so slow last week against Eastern Washington at home that I was worried with how they’d respond on the road. I was also not very confident when they started their final offensive possession with 3:39 to play because freshman quarterback Cam Miller had struggled mightily throughout the game. Miller finished 7-of-18 for 90 yards and two interceptions and overthrew teammate Noah Gindorff on 4th and 6 from SHSU’s 21-yard line to end the game. Bad throw. Bad, bad throw. The play before he fumbled the football and almost didn’t even give his squad a chance to win the game but luckily recovered and had one final shot to advance the Bison into the semifinals for the 10th consecutive time. Unfortunately, that didn’t happen and NDSU’s streak was snapped.