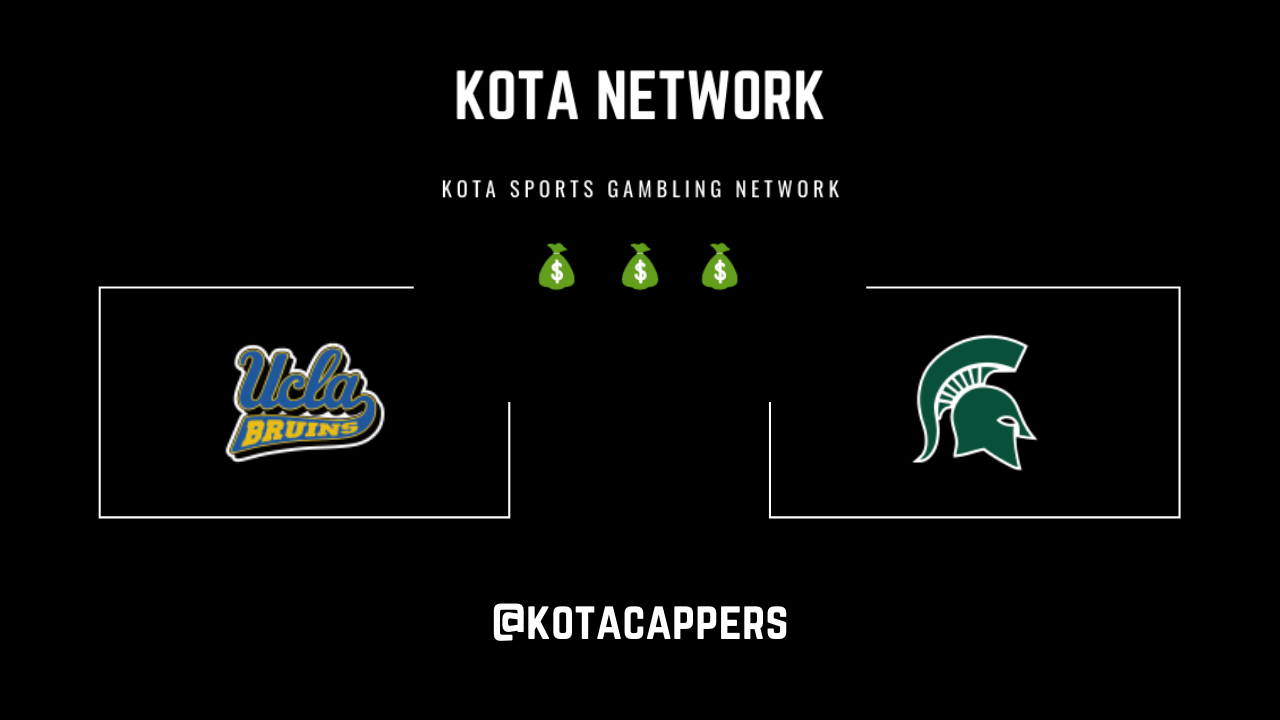 Why UCLA can cover

Because they’ve found a balanced scoring attack that features five student-athletes that average 10 points per game or more. On the flip side, this team has been horrific against the spread lately. On the season, the Bruins are 12-14 against the spread but just 3-11 in their last 14 games. UCLA is riding a four-game losing streak but they’ve been shooting the basketball decent and its adjusted defensive efficiency is ranked 86th nationally. The Bruins have dealt with some adversity this season with an injury to lone senior Chris Smith and the departure to junior Jalen Hill in early February for personal reasons. Sophomore Johnny Juzang leads the team with 14 points per game and 4.1 rebounds. UCLA finished third in the Pac-12 in fewest turnovers per game (11.1) and fewest fouls committed per game (16.0). Michigan State gets careless with the basketball at times, so UCLA should be able to capitalize off that, which will lead to easy buckets.

Why Michigan State can cover

Because they played one of the toughest schedules in the nation and have played better basketball down the stretch compared to UCLA. The Spartans have won five of their last eight games and covered the spread in each of those five victories. Izzo’s team was a top team in the Big 10 in defending beyond the arc and established more on an inside presence since the beginning of the season. The Spartans can cover and win this game if they get some scoring from someone other than leading scorer Aaron Henry (15.3 points per game). Henry has scored 152 more points than Joey Hauser, who is second on the team in scoring, so for Michigan State to be successful they have to get Hauser, Joshua Langford and Rocket Watts more involved. The Spartans are 9-18 against the spread this season but five of those covers have come within the last 20 days.

How can you beat against Tom Izzo in a win or go home game? You can’t. But also, Michigan State hasn’t been good this season. They’ve only forced double-digit turnovers five times this season out of 27 games. UCLA has a balanced attack to get this cover but my free pick in this game is under the total of 134. Michigan State recently held Ohio State to 71 points, Michigan to 69 and 64 points and Maryland to 68 points. The under is 13-4 in the Spartans last 17 contests. The under is 6-5 in UCLA’s last 11 games but I think this could be an ugly game offensively and whoever wins is going to win on the defensive side of the basketball.