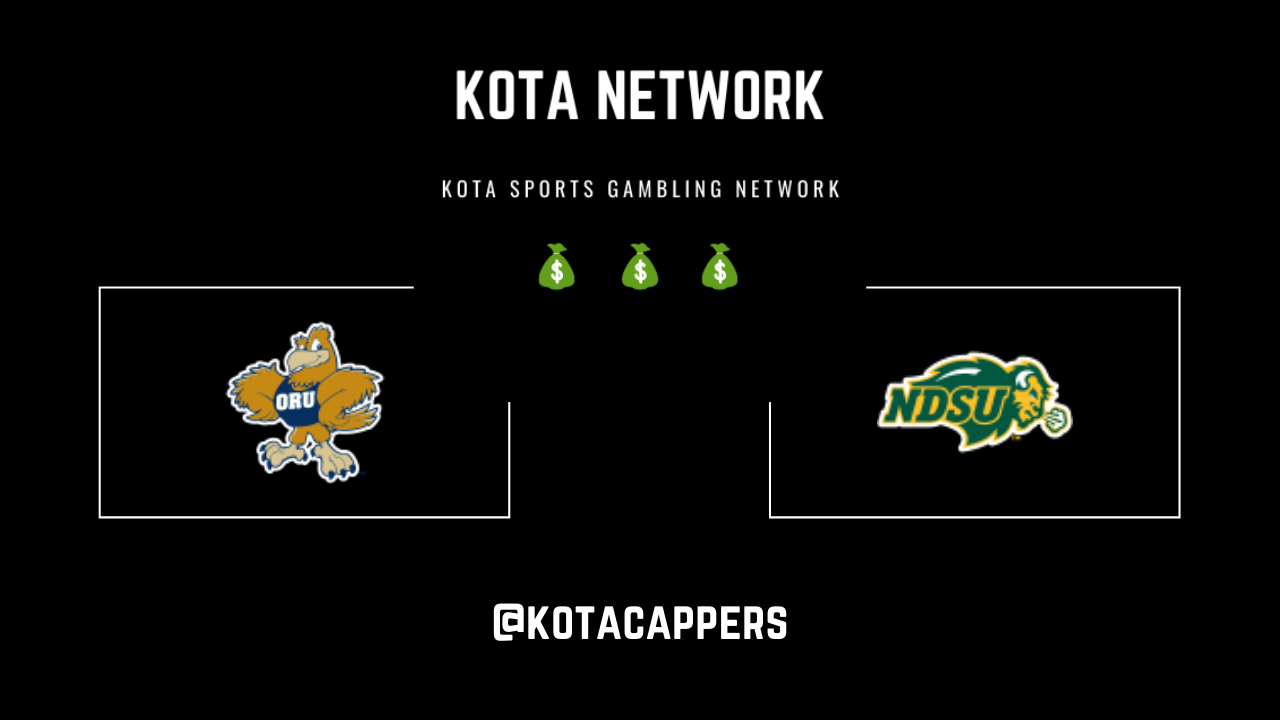 I’ve been going back and forth in my head whether the Summit League champion being crowned early in the week is good or bad. From one side I think this tournament always has more eyes on it since one team is going to punch their ticket to the Big Dance on Tuesday. But on the other hand, the Summit League basketball tournament is over tonight. Making it one of the earliest conference tournaments to wrap up this week.

Regardless, South Dakota State isn’t playing tonight at 8 p.m. inside the Sanford Pentagon. The Jackrabbits, did I forget to mention they were the No. 1-seed, got beat out by Oral Roberts on Monday. So, North Dakota State will instead go through the Golden Eagles for the golden March Madness ticket.

Why NDSU will cover?

I’m not big into betting on my favorite teams but if you aren’t making bets on every single contest during every single conference tournament, what are you even doing? Cough, cough, Bruss.

The Bison are 15-11 against the number this season and 5-5 in their last 10. NDSU has also been really solid straight up as favorites. Dave Richman’s crew is 15-4 straight up as favorites and they’ll be favored by one-point this evening on ESPN2. NDSU won the Summit League tournament championship last season and then had its hearts ripped out after March Madness was canceled due to COVID-19. This team is going to do everything to come out on top tonight. But they have to start fast and cannot afford to get behind early against an ORU squad that can extend a lead of three points to 15 points with four shots.

Why ORU will cover?

Because they are one of the best teams in the nation offensively and because sophomore Max Abmas won Summit League Player of the Year and leads the country in points per game. The Golden Eagles may not only have a great chance of covering +1 but you might as well hit the money line at -105 if you lean ORU. This team grinded out a win against North Dakota and took down the No. 1-seeded Jackrabbits in its last two games. The Golden Eagles are 13-9 against the spread this season and have covered four out of their last five. As underdogs this season, ORU is 8-3 and have outright won three of those contests.

Both these teams left it out on the court in Monday’s semifinals games. ORU saw a nine-point halftime lead dwindle away only to survive and advance on a last second tip in by Kevin Obanor. While NDSU fought back from a 40-32 halftime deficit to cover -3 en route to a 79-75 win over South Dakota. Don’t forget there’s a trip to the Big Dance on the line here. As a Bison fan, I’m terrified of ORU’s 3-point shooting ability. It’s no secret the Golden Eagles can score and the over is 15-7 this season. However, dive deeper into their schedule and you’ll notice anytime ORU scores 90 points or more, the very next game they score far less:

I like U145.5 in this spot between the Bison and Golden Eagles. ORU hasn’t won a Summit League title since 2008 and that’s when they beat NBA star George Hill and IUPUI. So, I expect the Golden Eagles to have some early jitters, however, not as many considering the Pentagon isn’t holding your typical amount of fans. NDSU has been in this position multiple times over the last handful of years. Richman has coached NDSU for seven years. His squad has played in this game five times. With that information, you may think I’ll be taking NDSU -1 but I do like the U145.5 here and as long as overtime doesn’t happen this should hit. These two teams split in the regular season and the under was 1-1. On Feb. 5, the U142.5 hit by 27.5 points and on Feb. 6 the O140 hit by 14 points. ORU is going to have to play some defense to get the win and NDSU plays strong defense night in and night out. Take the U145.5 in this game and make sure to hug a Jackrabbits fan tonight.