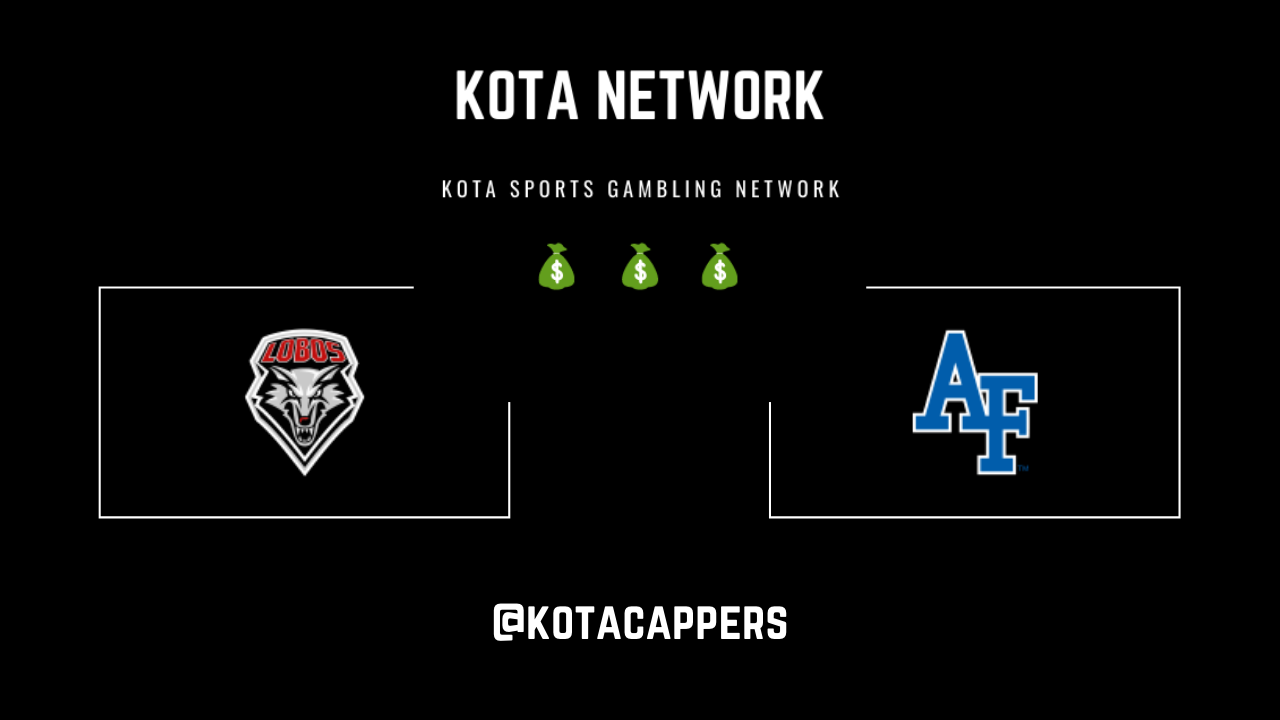 Throughout this odd college basketball season, we’ve learned that there’s value on betting against a team that won the first game of a back-to-back. In my free pick preview of the day, I’m headed to Colorado Springs, Colo., for the contest between two struggling Mountain West teams. One of our cappers, Pumba Cakes, always says it’s never good to bet a game that features two bad teams but I’m here for it today.

These two teams played on Monday and UNM came away with the 73-65 victory. It was a fairly close game throughout but Air Force was outscored 32-25 in the first half that made the difference. The Falcons trailed by as many as 11 points in the first half before taking a lead over the Lobos in the second half. UNM, however, came back to re-take the lead late and never looked back. The Falcons may have only two conference wins and four total wins but this squad has a few more ATS wins compared to the Lobos. Air Force is 8-12-1 against the spread and is 3-3 against the spread in its last six games. The Lobos on the other hand are 1-4 against the spread in their last five games and have covered the spread just twice in their last six games.

The Falcons are are led by a trio of seniors in Chris Joyce, Keaton Van Soelen and Ameka Akaya, who have combined to score 40 percent of their team’s points this season. Lately, that number has decreased but Air Force needs to get back to that offensive success to finish the season on a high note and there’s no better time to do that then tonight against the Lobos. AJ Walker has been a strong offensive threat for Air Force lately and has scored 20 points or more three times in his last four games. Walker also set the program record for three’s in Mountain West play on Monday against UMN.

Bottom line is both these teams are not very good. They suck but we’ve seen it night in and night out the team that doesn’t win game one of a back-to-back usually looks better on night two especially in conference games. Coming into Monday’s game against UMN, the Falcons had held their last four opponents to 69 points or fewer. When UNM fails to score at least 68 points, they are 0-10. Yes, I repeat zero wins and 10 losses. I’m no elite college basketball coach but if you make stops on the defensive end, your team should have a strong chance at taking down the Lobos. Air Force has lost 11 straight Mountain West contests but they’ve lost five of those games by eight points or less. This is the time the streak comes to an end and with an upperclassmen starting lineup matched with stronger defensive play as of late, I like the Falcons in this spot to have a bounce back game and straight up beat the Lobos.