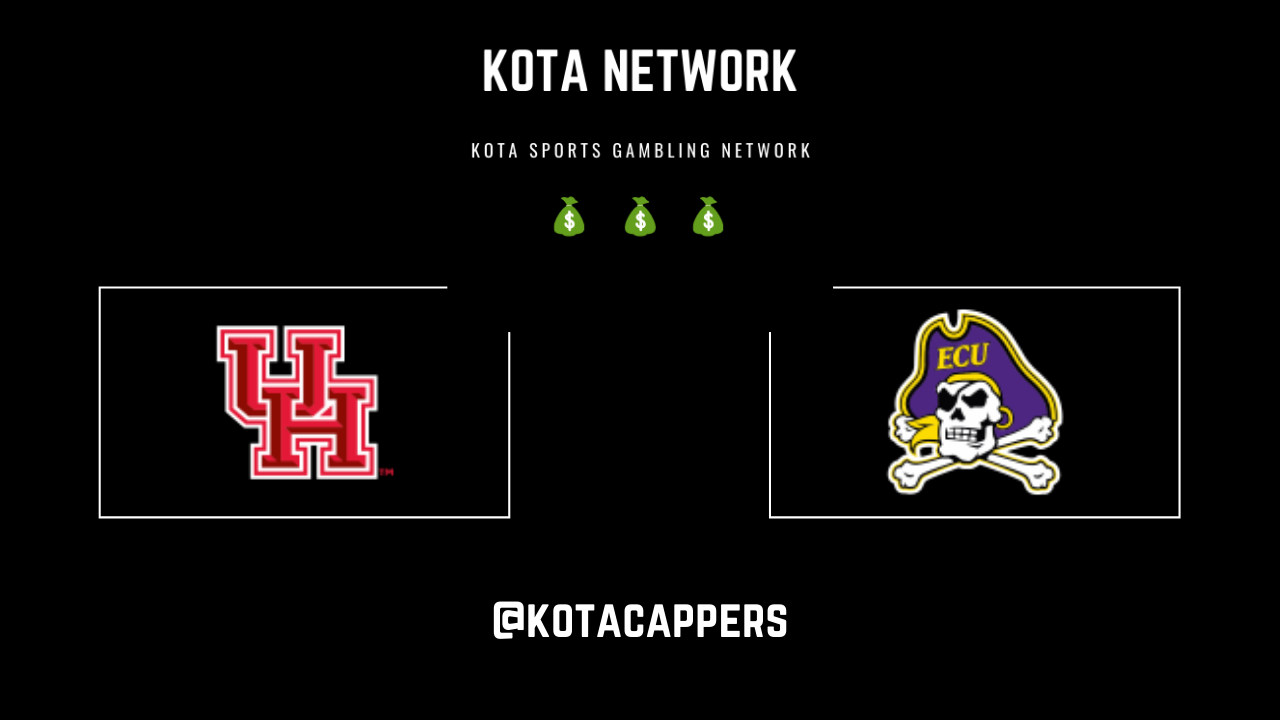 I’m a big mascots guy. If I could marry one of those older ladies that works a basic 9-5 job and fills out her March Madness bracket by choosing who advances by the look of each teams mascots, I would. Don’t tell my fiancé that. But East Carolina has a top three mascot in college basketball and if you ask me on the right day, I’d say the Pirates have the best mascot in all of college basketball. However, ECU is going to need a lot more than a badass mascot to cover the spread against No. 5 Houston on Wednesday, Feb. 3.

Houston enters this contest as one of the hottest teams in the nation and they are 12-4 against the spread this season. The Cougars have also covered their last six games and are pretty pretty pretty good as double-digit favorites (7-3). Kelvin Sampson’s squad ranks among the nation’s Top 10 leaders in multiple categories and top the country with 56.0 points allowed by per game and a 36.2 opponents’ field goal percentage. Houston ranks among the Top 10 in offensive rebounds (15.4), opponents’ 3-point field goal percentage (24.8), rebounds per game (42.3), scoring margin (+18.1) and rebounding margin (+9.9). The Cougars are led by senior Justin Gorham, junior Quentin Grimes and sophomore Marcus Sasser. Gorham has hauled down double-digit rebounds in his eight games, while Sasser is one of the nation’s best 3-point shooters and Grimes is a straight up scorer. Grimes averages 16.8 points per game and 6.7 rebounds. He’s also one of three student-athletes to rank Top-10 in the American in both scoring and rebounding.

The Pirates on the other hand are trending in the wrong direction. After starting the season on a five-game losing streak, Joe Dooley’s crew is currently riding a five game losing streak and has failed to cover in each of those five games. ECU is paced by junior Jayden Gardner, junior Tremont Robinson-White and senior JJ Miles. The three student-athletes combined for 54 points in ECU’s 77-68 loss to Tulsa the last time out on the hardwood. Gardner averages 17.1 points per game and 8.1 rebounds this season, while Miles adds just over 10 points per contest. What I do like about Pirates, though, is that they are an upperclassmen led team. With only five underclassmen on its roster, ECU is an experienced squad, however, they need to get more scoring production out of them. The Pirates have failed to score over 65 points in four out of their last five games.

This is obviously a big number for a reason. Houston is killing it right now on the court and I don’t see them slowing down at all towards the end of the season. One reason I could see ECU keep this within the number is with 3-point shooting, however, the Pirates are not and have not beat too many teams this season with their shooting beyond the arc. Only twice have they made double-digit 3-pointers in a game this season and they’ve shot 27 percent or worse from long range in their last four games. The Cougars have shown us that they can cover large numbers and I see that continuing tonight against the Pirates.