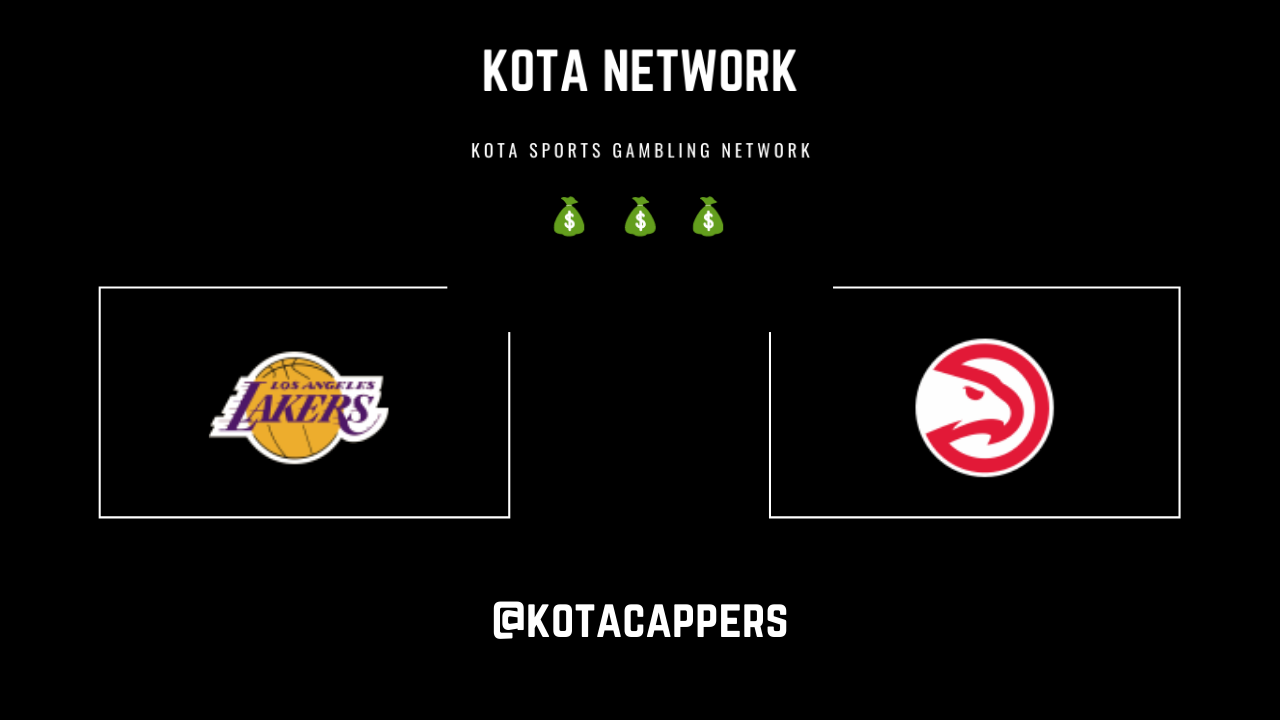 The NBA in one word has been “goofy” this year. The Cavaliers (8-9) beat the (4-13) Pistons by a score of 122-107. The following night the Pistons (4-14) beat the Lakers (14-5) by a score of 107-92. To make games more unpredictable, COVID is messing with starting lineups around the league. Multiple star players like superstar forward Jayson Tatum missed almost 14 days to quarantine. This can greatly affect betting lines, and requires diligent research before placing any NBA wagers. Not mention the new statement some unhappy players are making like Bradley Beal who is blatantly giving little to no effort in an effort to be traded, or the James Harden approach of showing up borderline obese in order to be traded. All of these factors make gambling on the NBA even more difficult and less predictable. What are we gonna do stop sports gambling on the NBA? LOL. Instead we are gonna keep grinding and make the best of a rough situation. The defending NBA champion Lakers (15-6) head to Hotlanta tonight to take on the Hawks (10-9) at 6:30 PM (CT). The current betting lines have the road Lakers as a 6 point favorite and the over/under set at 218.5.

This game is in a really weird spot for the Lakers, as they are playing the last game of a 7 game road stretch. In addition to this, there last game on Saturday versus the Celtics was a crazy intense game that came down to the wire with the Lakers winning 96-95. First off, can the Lakers bring the same intensity for one last road game against a team that is not on the same level as the Celtics or are they looking past this game and excited to get home? As the Lakers normally do, both Davis and James are listed as questionable, with a good possibility that one if not both of them sit this one out. On the flip side, the Hawks come into this game well rested with their last game being on Friday. A game that saw the Hawks handle the Wizards on the road 116-100. The Hawks have started to hit there stride as their team has gotten healthy. John Collins and Clint Capela have been a dynamic duo, and the Hawks are 5-1 with them in the lineup together. In addition, the Hawks are 5-0 ATS in their last 5 home games, while the Lakers are 0-4 ATS in their last 4 games.

This game is a bad matchup for the Lakers. They are wrapping up a long road stretch and just played an intense game against the Celtics. James and/or Davis might not play in tonight’s game while Collins and Capela have been torching teams on both sides of the ball. The Hawks are on heater as of late going 5-1, while the Lakers are 0-4 ATS in their last 4 games. I do not see the Lakers bringing the same intensity as their last game against the Celtics, while the Hawks come into the game fired up in their first matchup of the season to take down the defending champion Lakers. If Davis does not play, expect the Hawks to win straight up. If Davis does play, expect a close game down to the wire, in which Hawks cover 6.