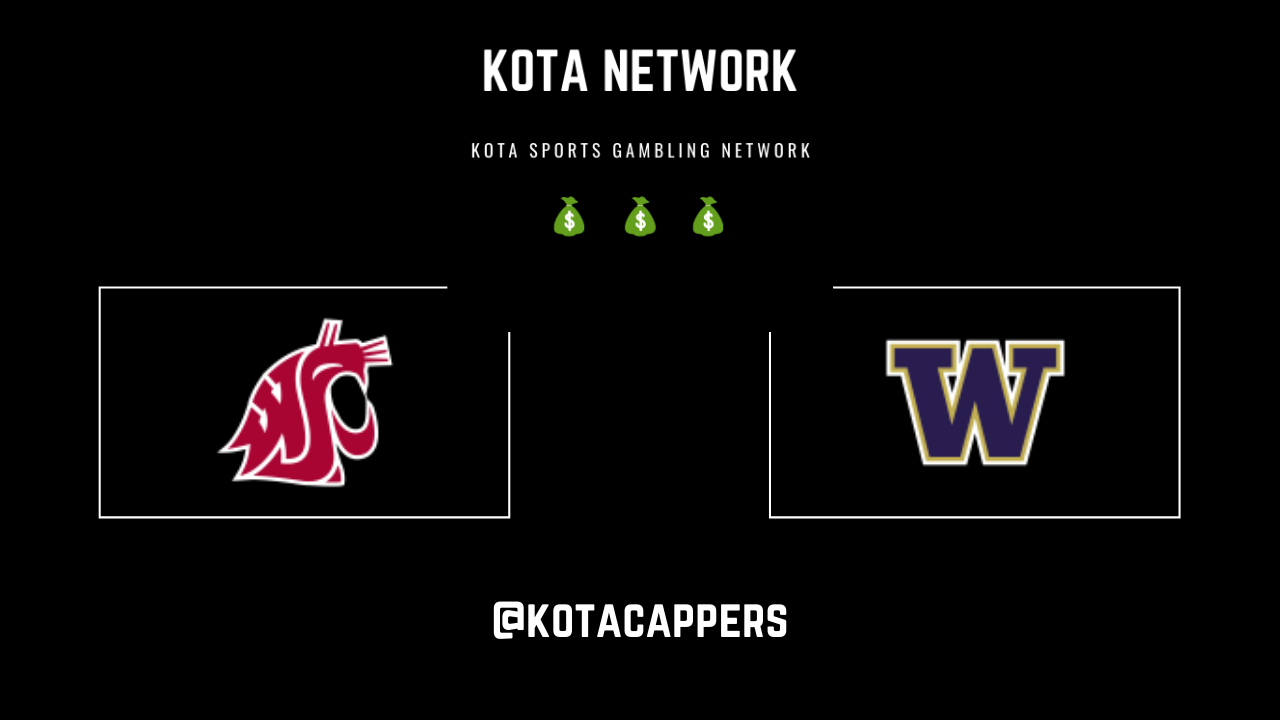 I don’t know why I always decide to pick one of my daily locks in a rivalry game but here we are again as we have an interesting game today between Washington State and Washington. These two rivals enter this contest on a very different path. Washington State started the 2020-21 season on an eight-game winning streak, however, the Cougars currently are riding a six-game losing streak. While the home team, Washington, has won two straight over Colorado and Utah but before those two wins the Huskies had lost 11 of their last 12 games. In a rivalry game, you can pretty much throw out all your research but is there money to be made on the hot team?

WSU has only been favored in one game since the start of 2021 and have failed to cover four of their last six games. But the Cougars are led by senior Isaac Bonton, who is fourth in the Pac-12 with a scoring average of 18 points per game. WSU averages 67.1 points per game and allows just under 67 points per contest. What scares me about the Cougars is they lean on a handful of underclassmen. Sophomore Noah Williams has scored in double-figures in 12 out of WSU’s 16 games and three freshmen in Efe Abogidi, Andrej Jakimovski and Dishon Jackson have all moved into the starting lineup. WSU is a perfect 12-0 against teams from the Pacific Northwest under head coach Kyle Smith who became the 4th coach in WSU history to sweep the Huskies in his first season (2019-20).

The Huskies may only have three wins but this is a veteran team with senior David Crisp, senior Quade Green,  junior Jamal Bey and junior transfer Erik Stevenson leading the way. Washington also has gotten good play out of sophomore Marcus Tsohonis as he is coming off career night against Colorado where he scored 27 points on 9-of-13 shooting. The Huskies have covered their last three games and the over has gone over in Washington’s last six games. Washington head coach Mike Hopkins is 4-2 against the Cougars since taking over and three of the six games have been decided by five points or less.

I really think Washington shouldn’t be the favorite in this game but I like the Huskies -2 in the Boeing Apple Cup Series this evening. Washington has been playing well as of late and I’m going to fade the team that can’t seem to score the basketball. The Cougars have failed to scored over 60 points in their last three games and are averaging close to 16 turnovers a game during their losing streak. It seems to me that WSU’s youth has started to show up late in the season and I think the Huskies can take advantage of that and win by 5-7 points. This is a game between the No. 12 offense (WSU) in the conference against the No. 11 defense (Washington) in the conference. Washington State ranks 225th or worse in seven offensive categories per KenPom and I think those struggles continue tonight on the road against Washington. The Cougars also have some injury concerns with their top two players as they might not play in this rivalry game, so stick with the home team Huskies that have found a groove as of lately.