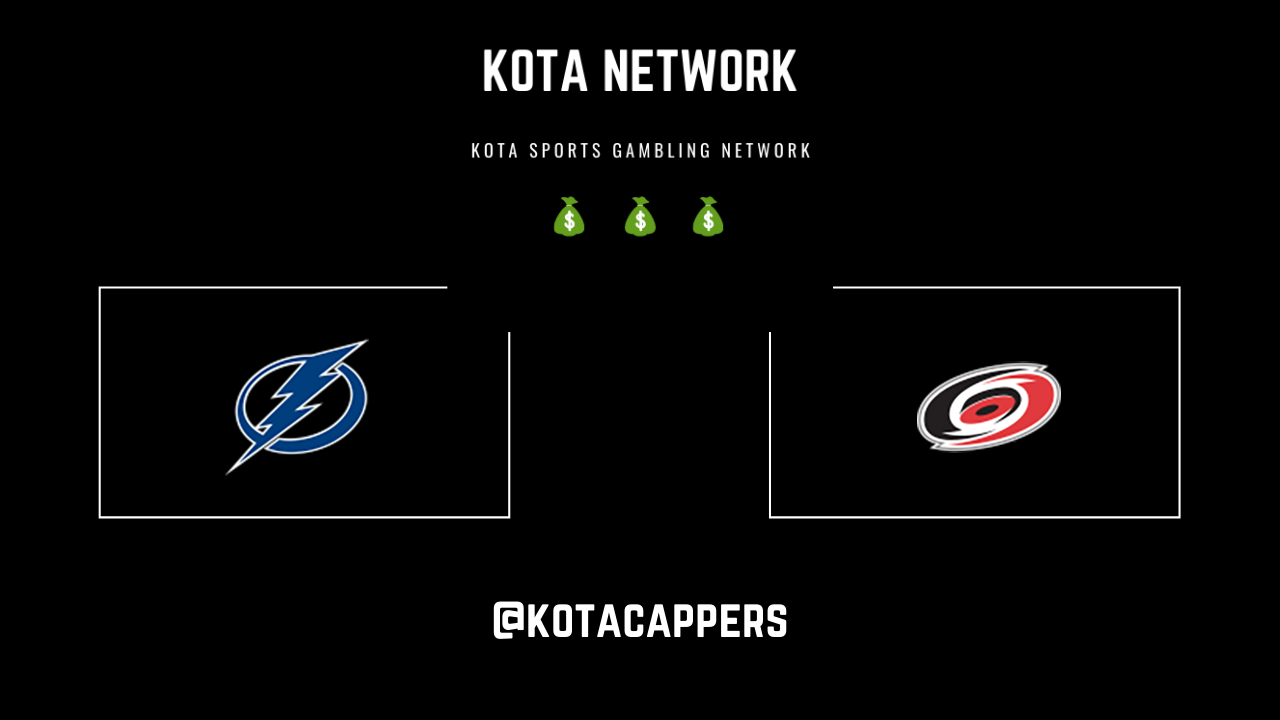 The Hurricanes have looked solid this season based on a small sample size. The Canes have the 14th highest goals per game (3.00) and the 3rd lowest goals against (2.00). Part of this is due to the play of Goalie Mrazek, who has looked strong in his first two starts with a 1.53 GAA, including one shutout performance. The Canes are in position to be a very competitive team come playoff time. However, today’s game will not feature that competitive team, as the Canes will be without five key players (Jesper Fast / Teuvo Teravainen / Jaccob Slavin / Warren Foegele / Jordan Martinook). In addition to a loss of star power, the Canes have not played a game in ten days. Historically, the extended time off has not done the Canes any favors as they have a 19-45 record after extended breaks from the ice. To make matters worse, the Canes have to jump back into the swing of the NHL season with their first game against the explosive defending champions. Normal circumstances would make this game difficult, now add in the missing players and the lack of conditioning, and the deck is stacked against the Canes today.

The Lightning have picked up right were they left off last season with a 3-1 record and the 5th highest goals per game (3.75) and the 8th lowest goals against per game (2.50). They are playing great hockey despite losing their last game 5-2 to the Blue Jackets. The four days off bodes really well for the Lightning who sport a 41-20 record when playing a game with three or more days of rest. Their goalie Andrei Vasilveskiy has started every game this year with a 2.24 GAA. The Lightning are proving they are the team to beat again this year and should have a big bounce back win tonight against the depleted Canes.

This matchup has been a nightmare for the Canes. The Lightning have owned them with a 20-6 record in the previous 26 games. The Lightning, historically, have torched Hurricanes goalie Petr Mrazek winning 13 of the previous 15 matchups and scoring 3.64 goals a game on him. On the flip side, Lightning goalie Andrei Vasilveskiy has shutdown the Hurricanes with perfect 7-0 record and only allowed 2.00 goals a game.

This game is so one sided, they should just postpone it for the sake of the Canes. The Canes have not only been bullied by the Lightning in the past, but also a depleted roster (missing 5 key players due to quarantine for COVID-19).  The Lightning will be fresh and fast on the ice tonight as they, historically, dominate after three or more days off, while the Canes are undermanned and out of hockey shape. The Canes will have some tired legs by the time the 3rd period rolls around which should benefit the fresh Lightning players, that is assuming the Lightning are not already ahead by four goals. The Lightning are the obvious favorite in this matchup even if both rosters were 100% healthy, but to only have the Lightning favored at -145 for their money line is just disrespectful. The Lightning should be at a minimum -175 maybe even up to -200; therefore, I am all aboard the Lightning money line train tonight.