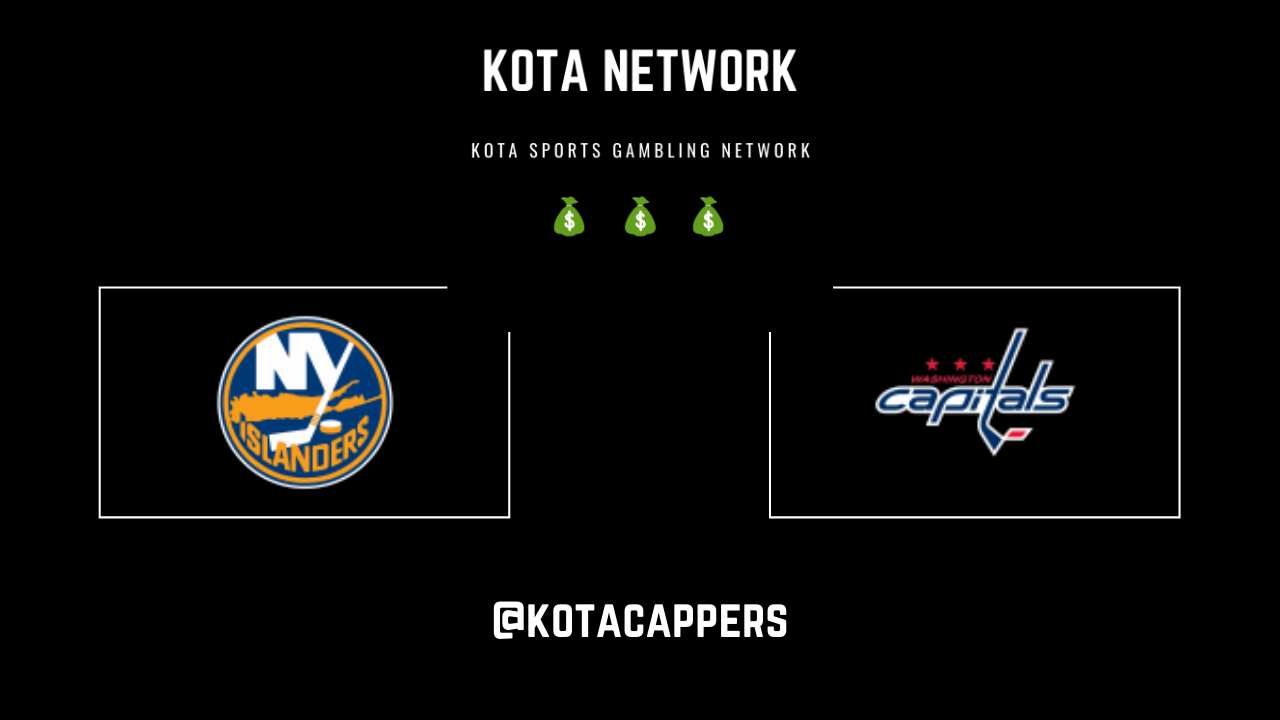 The intense Islanders – Capitals rivalry will be on full display tonight at 6:00 pm (Central Time) on NBCSN.  As divisional opponents, there had been friction between these teams in the past, but the rivalry intensified the past few years. The main reason for this is former Capitals head coach Barry Trotz, who won the 2018 Stanley Cup with the Capitals, signed with the Islanders for 2019 season.  To add fuel to the fire, the Islanders eliminated the Capitals in the first round of the 2020 Eastern Conference playoffs. Not only did the Islanders knock the Capitals out of the playoffs, but also the Islanders embarrassed them winning the series 4 games to 1. Today’s game will be the first matchup for these rivals since the 2020 playoffs. The stage is set for another crazy chapter in the Islanders – Capitals Saga. The betting lines are currently at Islanders ML (-130) / Capitals ML ( +110) with an Over/Under set at 5.5.

The Washington Capitals come into this game supporting a 3-0-3 record. The Capitals last four games have all gone to overtime/shootout where they have a 1-0-3 record. The recent downward trend is easily explained by the fact that the Capitals have lost four keys players [ Ovechkin (LW) / Orlov (D) / Kuznetsov (C) / Samsonov (G) ] to quarantine due to exposure to COVID-19.  These are not easy shoes or should I say skates to fill. The four players in quarantine are debatably four of the best players on the team.  As a result, the Capitals have allowed more shots then shots taken by the Capitals in four of the past five games. Lastly, the Capitals rank 27th in face-off win percentage this season.  In summary, the Capitals should be one of the better teams in the league come playoff time, but as of right now they look more like a bottom of the league team.

Caps are 1-3 as underdogs or even money this year.

Caps goalie Vitek Vanecek is 2-0-2 this season 2.87 goals against average.

Islanders are 4-0 straight up at Washington over the last 3 seasons.

Islanders are 8-5 straight up against the Caps over last 3 seasons.

Islanders are 5-0 at hitting the under.

The Capitals are missing four key players including one of the leagues best players Ovechkin and their best goalie Samsonov and have played four straight overtime/shootout games in a row. The Caps do not have the depth right now and those extra minutes are gonna be affecting the Caps, look for some tired legs in the 3rd period. The Islanders were shutout last game 0-2 and should bounce back big against the Caps. The Islanders head coach Barry Trotz should be able to motivate the team for a big game against his former team the rival Caps. The Caps have been on a rough 1-0-3 stretch recently and this game will not get any easier as the Islanders are one of the best defensive teams in the league. Another key factor in this game is the disparity in face-off win percentage, as the Islanders are 1st in the league and the Caps are 27th in the league. This can greatly impact the game both in offensive and defensive zone faceoffs. Look for the Islanders to come into this game fired up and fresh on the ice, while the Caps will be tired from the four overtime/shootout games in a row.