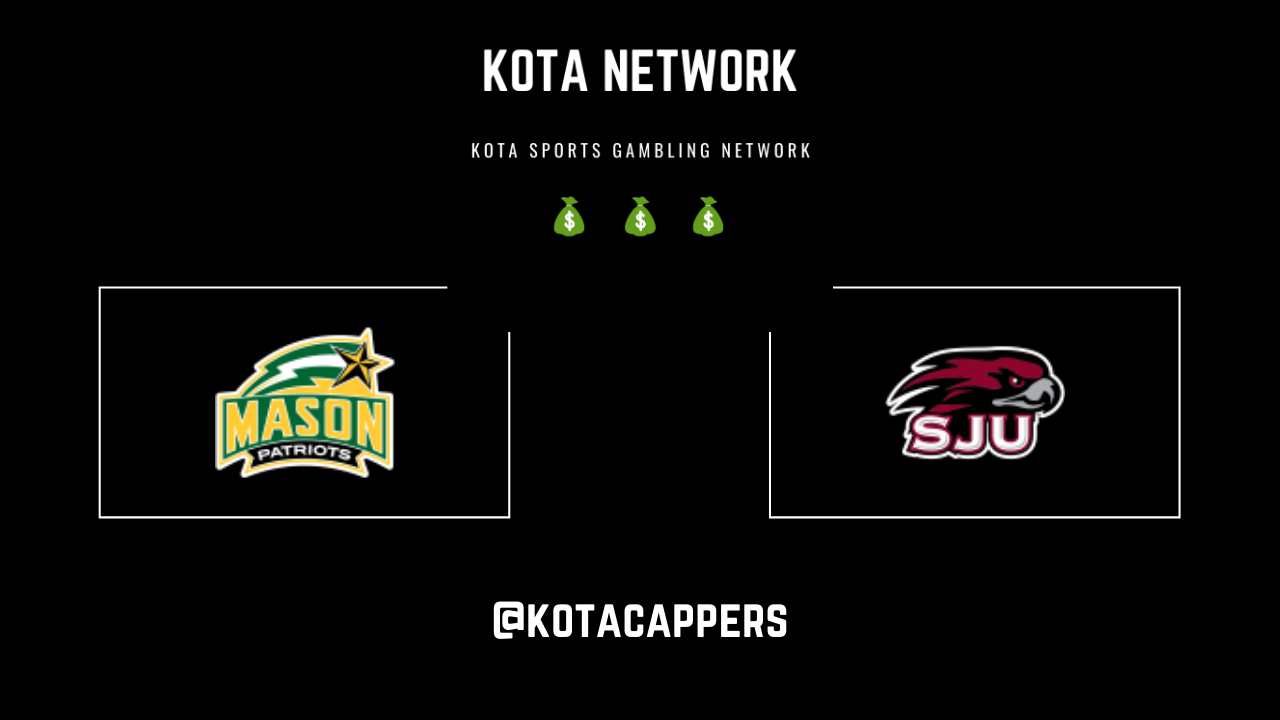 There’s an old saying, “A blind squirrel finds a nut once.” At least that’s what my dad always told me. But that’s exactly what Saint Joseph’s did on Wednesday against George Mason. The Hawks had a shot at winning the game three days ago but lost in double overtime 89-87 to GMU.

Even though GMU won the game the last time these two teams played, they didn’t play worth a can full of trash but they left Saint Joseph’s hang around long enough to make it competitive. Not so fast this time, boomer. The Hawks are 1-11 on the season and 0-6 in Atlantic play. This team is not good. And they are going to be tired from playing their best game of the season, so that’s why I like the Patriots -3.5 at 11:30 am (CT).

GMU and company are going to be pissed they let Saint Joseph’s make it a game last time out. Upperclassmen leading scorers Jordan Miller, Javon Greene and AJ Wilson are going to be out for revenge this game. And GMU is going to clean up its defense and not allow 13 Hawks 3-pointers, which was a Saint Joseph’s high in its last five games. Yes, Billy Lange’s squad tosses up a ton of 3-pointers as they’ve attempted 30 deep balls or more seven times in 12 games but there’s another old saying, “You live by the three, you die by the three” and baby I don’t see them hitting double-digit 3-pointers today against GMU.

The Patriots were able to create 19 Hawks turnovers the last time out but they only scored 12 points off those turnovers. That number needs to be higher. The bench also has to show up for Dave Paulsen’s crew. Last time out, GMU only got nine bench points from Jamal Hartwell II and Xavier Johnson, while Saint Joseph’s received 43, yes, that’s correct. Forty-three bench points thanks to 18 points from Jadrian Tracey and 10 points from Rahmir Moore.

Defense, defense, defense that’s what GMU has to get back to and I’m all over the Patriots getting back on track defensively against the Hawks today. Take GMU -3.5 today and love it, book it and eat it up. That’s my free pick of the day.