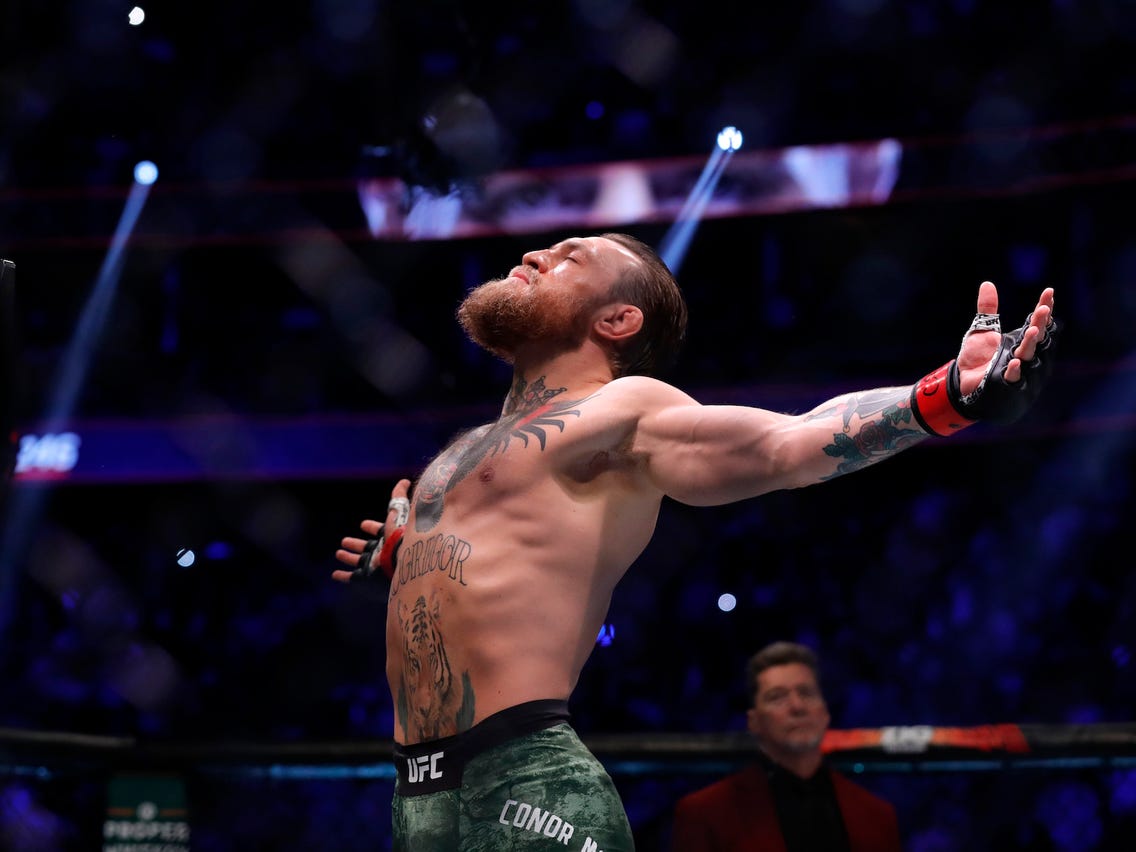 This Saturday night, we have the conclusion of a big week in the UFC, with the first Pay-Per-View event of the year, UFC 257. Not only is it a big card being the first one of the year, but it’s also the return of the most electrifying superstar the sport has ever seen in Conor McGregor. There are some other very intriguing fights on this card, so let’s get into it.

A couple of Brazilians in this strawweight matchup to get the main card kicked off. Marina Rodriguez only fought one time in 2020, and it was her first loss in the UFC to former division champ Carla Esparza.

Amanda Ribas is an up-and-coming star in the UFC, as she proved last year with two impressive wins in 2020 over Paige VanZant and Randa Markos.

The winner of this fight will put themselves right into the conversation for a shot at the strawweight title, and I see Ribas coming out on top.

Just as I was typing up a preview, it appears that Ottman Azaitar has been cut from the UFC after they caught him on camera cutting his wristband and giving it to friends to get into the hotel bubble. This is a wild story. I’ll let Dana White explain:

Dana White explains why Ottman Azaitar has been cut from the UFC following a health and safety breach at #UFC257. pic.twitter.com/UO3aJbLUWO

Azaitar has been replaced with Arman Tsarukyan, who was supposed to be fighting on the undercard, but his opponent had to drop out due to illness.

Arman Tsarukyan vs. Matt Frevola is on for UFC 257 per sources.

Tsarukyan will forfeit 20% of his purse as a result of missing weight.

You can’t make this shit up.

Both of these fighters will be looking to get back into contention for the belt in the women’s flyweight division on Saturday night.

Jessica Eye fought for the title back in 2019, but got knocked the hell out by the current champ, Valentina Shevchenko. She has a bit of a hill to climb, as she lost in June to Cynthia Calvillo.

Calderwood was supposed to fight Shevchenko last summer, but the champ opted to have minor knee surgery, and lost in a rescheduled fight to Jennifer Maia. Both of these fighters are looking to get things back on the right track, which leads to desperate fighters, which leads to great fights.

No play on this fight.

In another lightweight battle, this one has a little more at stake than the earlier one on the main card. Michael Chandler makes his UFC debut after dominating the Bellator lightweight division. Rarely does someone who just came over from a competing promotion get a co-main event, but here we are, and Chandler has a chance to prove himself.

He’s going up against established lightweight, Dan Hooker, who has been on a roll as of late, but did drop a decision to Dustin Poirier in June. Hooker has established himself as a top 10 fighter in the division with wins over Gilbert Burns, Al Iaquinta, and Paul Felder since making his return to 155.

Both of these fighters have a lot on the line, which should bring out the best of both and give us a hell of a co-main event.

No play on this fight, yet.

And the reason everyone will be tuning in on Saturday night, it’s the return of the Champ Champ, Mystic Mac, the Notorious Conor McGregor, going up against the pride of Lafayette, Louisiana, Dustin “The Diamond” Poirier. These two met at UFC 178 in 2014, with Conor winning via TKO, and giving us the birth of Mystic Mac.

McGregor has only been in the cage for 40 seconds since the start of 2019, kicking off last year with a quick TKO of Donald Cerrone. I do not see how this has become such a lopsided match in terms of odds, but that’s what McGregor brings to the table. Conor has said he is going to finish Dustin inside of 60 seconds, which seems like a long shot, but he is Mystic Mac. He predicts these things.

Dustin has improved immensely since their last fight, which a lot of people have pointed out. He is the #2 ranked lightweight for a reason. Coming off one of the best fights of the year against Dan Hooker, Poirier is looking to finally become the Undisputed Champ of the lightweight division, after getting the interim belt, and losing it to Khabib Nurmagomedov in 2019.

This has the potential to be an all out war, with both fighters knowing that a likely title shot is in the cards for the winner this year. I want to ride with Mystic Mac, and take McGregor via 1st round KO, but the value isn’t there for me.