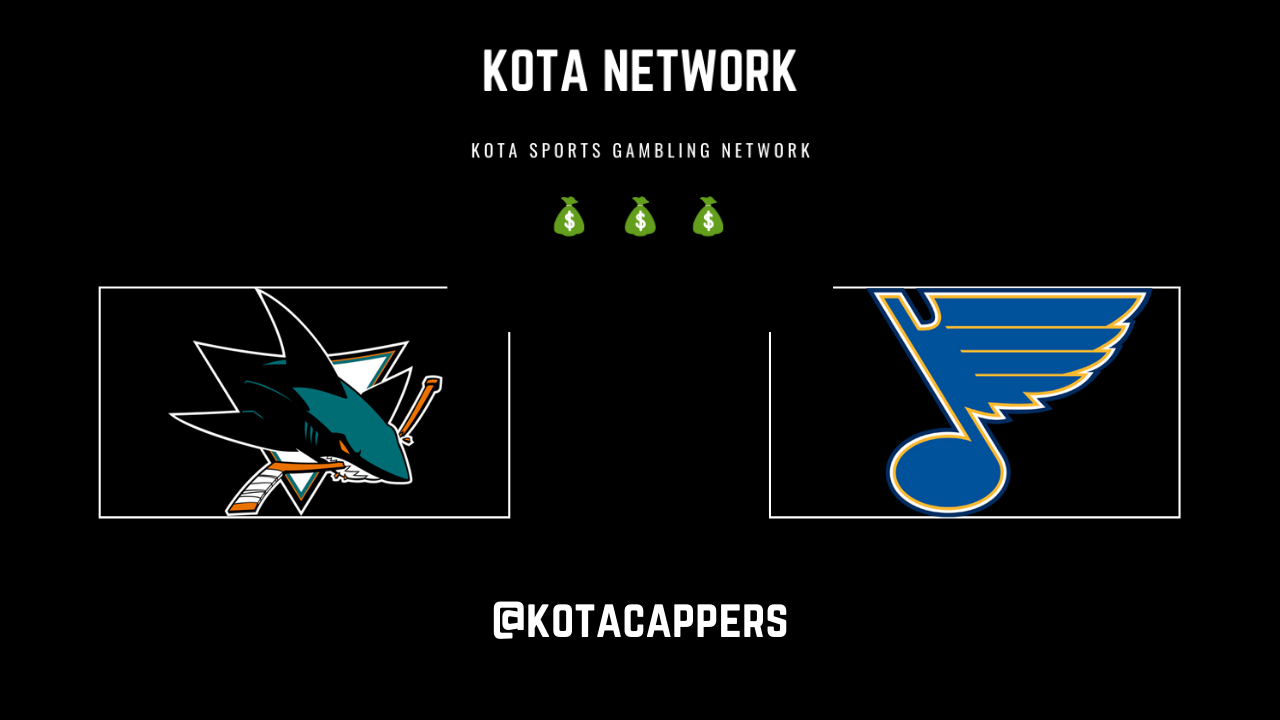 Back at it again. We’ve moved to 8-3 on the season after hitting the over in the Hawks-Panthers game last night. Quick recap around the league from last night:

Great night of hockey! We had 7 games last night, and 6(!) were one goal games, including 4 going into overtime. Both the Jets and Penguins erased 2 goal deficits to win in OT, and like I said, very little defense was played down in Florida. It’s going to be a very long season for the Blackhawks. Poor Patty Kane.

Onto the slate tonight, and there are only 5 games on the docket. There is a star-studded matchup in the Six between the Oilers and Leafs, but I have my eye on a West Division battle between the Sharks and Blues.

When it comes to the West, there are basically two tiers within the division. You have the Avalanche, Golden Knights and Blues, then there is everyone else in the division. The Sharks come into the game with some less than stellar goaltending from Devan Dubnyk, as he is sitting at a .890 save percentage. Their defense is also coming in at the bottom of the league. They have a league-worse expected goals against in 5-on-5 play per 60 minutes, 3.14. They are anchored by their star defensemen, Brent Burns and Erik Karlsson, but they are known for their offensive fire power. Poor goaltending and poor defense usually leads to some big numbers.

One of the top teams in the West, the Blues, are coming off of a 5-4 win on Monday against this same Sharks team. They come into this game as they have the past couple of seasons, as one of the best defensive teams in the league. While they don’t possess the big name offensive fire power with Vladamir Tarasenko on long-term injured reserve, they have a group of guys who can grind out goals. Goaltending has also been suspect for the Blues to start the season. Jordan Bennington has gotten off to a less than ideal start, allowing 8 goals in the last 5 periods he has been on the ice. This is coming off the heels of a poor performance in the playoffs last year.