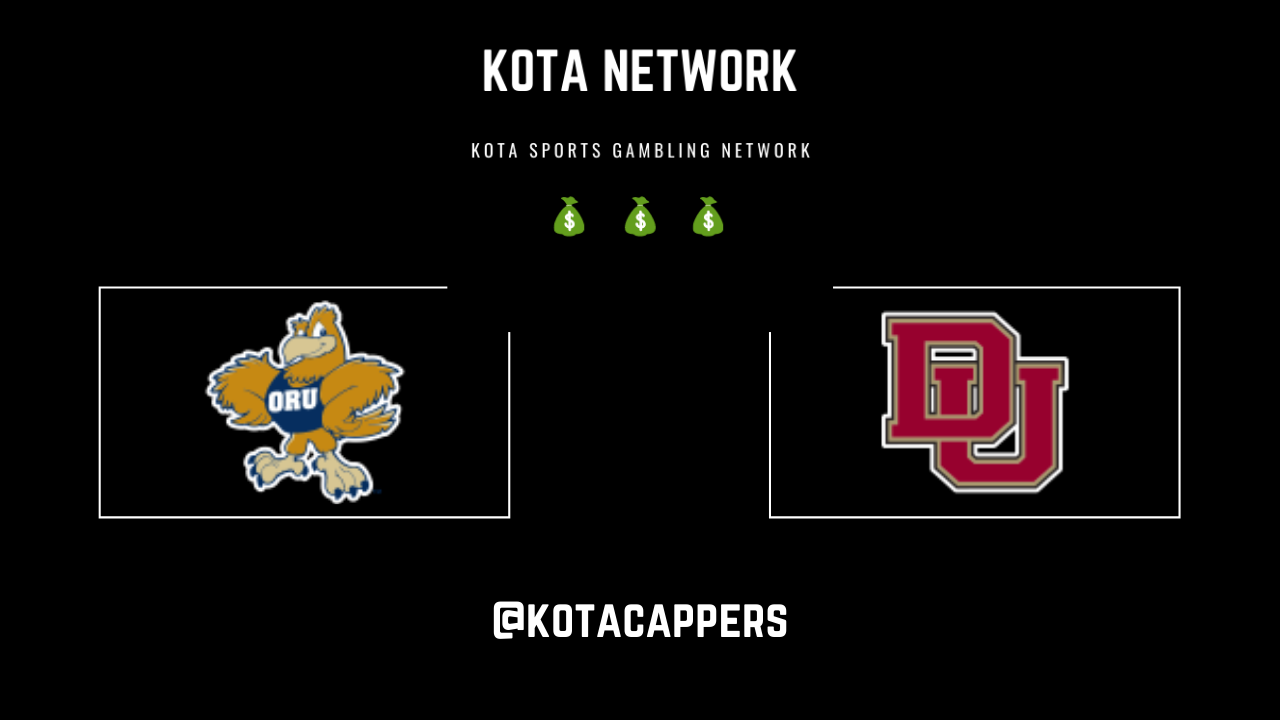 Oral Roberts looks to improve to 4-1 in Summit League play this afternoon on the road against Denver. ORU is 7-2 against the number this season, while the Pioneers have covered just one game this season and that was on Dec. 19 against Texas State.

The Golden Eagles have never won inside Hamilton Gymnasium and are 6-10 against Denver all-time. ORU is a three-point shooting team that ranks second in the NCAA with 12.2 3-pointers per contest, led by sophomore Max Abmas, who has made 40 threes through 12 games this season.

Coming into last weeks game against UND, the Golden Eagles had scored 80 or more points six times but failed to eclipse 75 points or more in two games against the Fighting Hawks. The Pioneers haven’t scored 70 or more points in their last four games, so I’ll make a play on the under 154.5 in this game. Yes, ORU has the ability to light up the scoreboard from beyond the three-point line but I just don’t see Denver getting to 70 points. So, unless the Golden Eagles score 85 points or more, I don’t see this total going over 154.5.